State-owned enterprises supply energy, transport, and water to millions in Asia and the world. Managing them better will help consumers and governments alike.

This is especially true for state-owned banks, which also face losses and loan-impairment from the economic slowdown. State-owned utilities and service providers will also see lower revenue, including from providing forbearance to both other state-owned enterprises and private sector clients that may have certain fees and charges waived.

Bailouts also mean that new state-owned enterprises are being created, as governments inject equity into airlines, banks and other private sector companies and salvaged company assets. Government ownership will also grow from recapitalizing listed state-owned enterprises, which make up a large part of Asia’s capital markets.

In a “V” shaped scenario, most state-owned enterprises will begin to bounce back early 2021. The fiscal impact will be limited—though in some tourism and oil dependent economies new debt will still hit around 10% to 20% of GDP. Only a handful of companies will get equity injections.

If the decline in tourism, oil prices, and overall economic activity persists well into 2021, the impact will be all the greater. State-owned enterprises will need bigger bailouts even as they are doing more for the overall economy. More, perhaps many more, will be nationalized as equity injections are needed for a range of highly indebted private sector companies.

Circular debts involving big loss-making state-owned enterprises will spread the pain more widely, and non-performing loans will pile up in state-owned banks. Fiscal pressure will be worse, and governments will look for any way to boost revenues and reduce spending and liabilities.

Under these conditions, short-sighted and haphazard policies should be avoided. Rushed privatizations and poorly designed public-private partnerships may offer relief in the short run, but will actually weaken governments’ fiscal position and fuel further political opposition to effective private sector engagement.

Broad based and ambitious state-owned enterprise reform is needed to achieve the same or better service delivery with improved fiscal and financial performance. This includes corporate governance reform, the introduction of performance management systems, and greatly enhanced transparency. It must include the proper identification of and accounting for community and public sector obligations.

For state-owned enterprises undergoing restructuring, provisions will also have to be made for employees who lose their jobs, including retraining, separation packages, and other steps. Consideration will also have to be given to private sector creditors, how much of a loss they can absorb, and the wider impact of such a loss on the financial system. There may also be scope for consideration of broader stakeholders and policy considerations, as long as these are consistent with restoring financial viability, such as removing (implicit) subsidies for fossil fuels and tapping cheaper renewables, or ending costly regional flights when cleaner rail or other options are available.

Crucially, successful reform requires going beyond state-owned enterprise level governance and restructuring. It requires a fundamental change in how the state acts as an owner of assets. This function must be professionalized, de-politicized, and separated from policy-making and regulation. This usually involves the creation of a holding company or other specialized entity.

It also requires developing a two-sided balance sheet for public commercial assets. This process can help identify new assets, like real-estate, that are undervalued and under-utilized. The IMF has estimated that better utilization of public assets in this way can add additional public revenue equal to 3% of GDP.

Better management of public sector assets and correct categorization of debt can facilitate careful privatization and other forms of private sector participation. Crucially, they can help avoid a post-Covid-19 investment crash, probably the greatest long-term economic threat from the health crisis. Without these tools, borrowing for this investment is simply treated as an increase in public sector liabilities and debt-burdened governments are very likely not to make those investments.

Together with better state-owned enterprise governance and necessary restructuring, these tools will preserve necessary infrastructure investments, reduce risks from public debt, and preserve, and in many cases enhance, the financial viability and service delivery of the state-owned enterprises that still supply energy, transport, and water to so many people in Asia and the world. 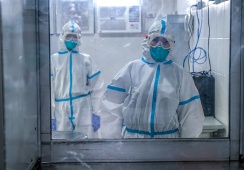 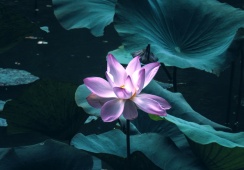 Ethical investing will reign after Covid-19. Here’s how companies can prepare 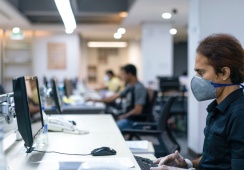