The US needs Japan and South Korea more than ever before dealing with China and North Korea.

Both Japan and South Korea have always been the US most important strategic allies in this region. Because Joe Biden apparently intends to follow a more tough line toward China than his predecessor did and he can't avoid dealing with North Korea, especially with its nuclear program, he needs Japan and South Korea more than ever before.

Both Japan and South Korea feel being challenged and sometimes to some extend threatened by China. They need and use their alliance with the US as strategic stronghold in dealing with China. Common goals and strategic interests are always the most decisive driving forces and motivations for forging and strengthening alliances.

Another common goal of theirs is the elimination of North Korea's nuclear program. The notion used for it is denuclearization. In this aspect, there is a total and absolute consensus between the US, Japan and South Korea. For this reason and goal, they agreed and try to strengthen their existing alliance. It is obviously that for them to deal with China might be easier than to deal with North Korea.

Until now, all US administrations before Biden's had failed to get North Korea denuclearized. Neither Barack Obama's approach of "Strategic Patience" nor Donald Trump's strategy of making "Big Deals" with North Korea succeeded for the US and its allies.

Biden's administration already declared that the new administration in the US completed its process of reviewing and newly defining its policy toward North Korea but only that and nobody knows something more concrete. One can only guess that Biden seemingly chose a middle way between Obama and Trump, namely not yet ready make some concessions to North Korea while trying to preserve possibilities to engage in direct talks with North Korea. Biden also knows that both China and Russia are playing very decisive roles in forcing or convince North Korea to abandon its nuclear program.

Therefore, his dilemma is obviously the more aggressive his policy towards China and Russia is and the more pressure he imposes on North Korea the more likely theses three would unite to an alliance against the US. Biden's North Korea policy is sharped but there is now nothing that could guarantee that his strategy would be promising.

On the other side, Moon Jae-in's time as South Korea's president is running out and Yoshihide Suga is facing new parliamentary election in Japan. They urgently need not only clear US strategy on North Korea but also concrete and quick actions from the US in this context.

Only showing their common goals and agreeing to strengthen their alliance but without any concrete roadmap to implement their commonly agreed strategy, they couldn't really impress China, Russia and especially North Korea much. 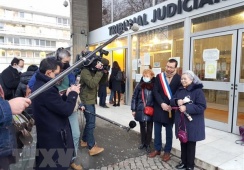 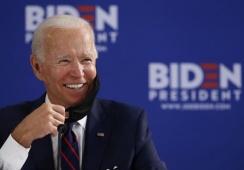