So far, Vietnam has undergone 77 days without local transmission.

An Indonesia man living in Vietnam who was suspected to be infected with SARS-CoV-2 has been confirmed to be negative for the contagious virus, the National Steering Committee for Covid-19 Prevention and Control announced Thursday [July 2].

A group of 145 people who made contact with him have also tested negative for the virus, posing no threat to community transmission.

News on the suspected case was announced Wednesday by the Ho Chi Minh City Center for Disease Control after an Indonesia man got a medical checkup at FV Hospital and was said to have acquired the virus. It was unknown which testing method was used at FV Hospital.

On the same day, the Pasteur Institute in Ho Chi Minh City took swabs on the man and related people.

The Indonesian man, who worked for Kyungbang Vietnam Co., Ltd, arrived in Vietnam on March 11, several days before Vietnam halted entry of visitors from Southeast Asia.

As of July 2, Vietnam has undergone 77 days without local transmission. The country has confirmed a total of 355 infections, including 215 imported cases.

So far, 336 Covid-19 patients have recovered, accounting for 94.6%, especially 49 out of 50 foreign patients have become convalescents.

No death of coronavirus has been reported in the country.

Indonesia currently tops Southeast Asian countries for the number of coronavirus infections with more than 57,000 cases. 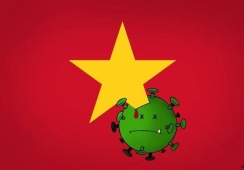 Covid-19 in Vietnam - the fear, the tears, the pride and the debt 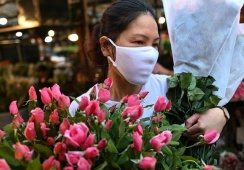 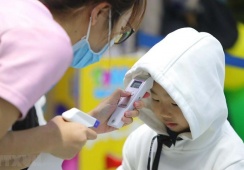 Coronavirus in Vietnam: No need to cover up mass infections