The municipal Taxation Department is determined to achieve the highest possible revenue target of VND260.4 trillion (US$11.23 billion) this year amid Covid-19 severe impacts.

Tax revenue over the past 30 years has been a major source for infrastructure development in Hanoi that translates into rapid and sustainable economic growth.

Notably, Hanoi’s state budget posted a 19% increase year-on-year in 2009 to VND75 trillion (US$3.24 billion), despite the government’s supporting programs in forms of waiving and delaying of taxes payment at that time.

This year, while the Covid-19 pandemic has caused severe impacts on the economy and subsequently the state budget revenue, the municipal Taxation Department is determined to achieve the highest possible revenue target of VND260.4 trillion (US$11.23 billion).

The steady financial resources from tax revenue has been key for Hanoi to finance major infrastructure projects and support efficient operation of state-owned enterprises (SOEs).

For the 2011 – 2020 period, Hanoi’s tax authorities target to simplify administrative procedures for better compatibility with international practices, while applying new technologies for greater convenience of the people and businesses.

To date, out of 288 administrative procedures related to taxes, 102 have been provided online at advanced stage 4 out of the four-scale level.

Additionally, time required for business registration and tax code issuance is less than 30 minutes, significantly faster than the stipulated time of four hours.

The application of hi-tech also results in over 98% of enterprises in Hanoi having declared taxes online and over 96% paid their financial obligation online.

The department is targeting 100% of local enterprises register for e-invoicing before September 30, a key step in minimizing risks of billing frauds and ensuring transparency for a fair business environment. 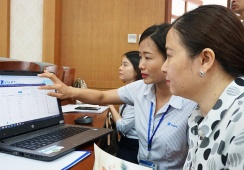 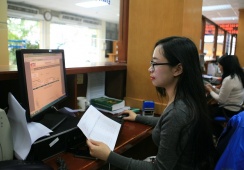 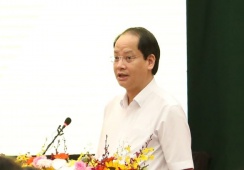 Hanoi offers tax deferrals up to 45% of national tally