The Hanoitimes - While being recognized as leading institutions in Asia, each university has won a place in THE’s World University Rankings 2020.

Vietnam's growing tertiary education profile has been proven as its three representatives made their way to the ranking of Asia's 500 best universities this year, VnExpress reported, citing the UK’s Times Higher Education (THE).

The table has been put together based on 13 carefully calibrated indicators that measure an institution’s performance in terms of teaching, research, knowledge transfer, and international outlook.

THE is a British magazine of higher education data headquartered in London. The magazine is famous for publishing the annual world university rankings since 2004. In 2009, THE stopped collaborating with the Quacquarelli Symonds (QS) and signed an agreement with Thomson Reuters, which collects and analyzes the data for university ranking. 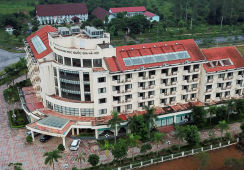