Taking the position enables the PM to make decisions on his own in certain cases.

With the new position, Chinh is eligible to make anti-pandemic decisions himself to ensure the fastest and most effective solutions to soon stamp out the virus.

The appointment was made today [August 24] at a meeting of top leaders chaired by General Secretary of the Communist Party of Vietnam (CPV) Nguyen Phu Trong.

At the meeting, Trong requested heads of localities to build response plans to contain the virus in key areas like Hanoi, populous cities, and industrial parks hubs.

He blamed local authorities for an inconsistent and ineffective pandemic fight in some areas.

He insisted that incompetent officials or those who failed to fulfill the anti-pandemic mission must be replaced.

Pope Francis has sent an emergency relief worth EUR100,000 to Vietnam out of more than EUR300,000 (US$411,000) from his personal disposal to three countries, including Haiti and Bangladesh, the Vatican said on Tuesday.

The most populous city today has a new chairman, Phan Van Mai, 48, who is former deputy secretary of the HCMC Party Committee,

Mai replaces Nguyen Thanh Phong who has been transferred to another position in the CPV.

Speaking after being appointed as chairman of the HCMC People’s Committee, Mai said his top priority is to improve treatment capacity to minimize fatalities as Covid-19 spreads in the most populous city.

He also announced that a detailed plan for reopening the city will be worked on. He noted that the city needs to build long-term plans as the outbreak could last until the end of the year, and even into 2022.

On August 24, the city conducted testing in high-risk zones. Of 170,000 rapid antigen tests, 6,000 results were positive. Nguyen Huu Hung, deputy head of the city’s Department of Health, said the rate is less than 5% and remains below the World Health Organization’s warning.

The health sector is expected to conduct two million tests in high-risk zones in a couple of days. It is racing against time to boost the testing pace and self-testing is the solution amid the shortage of health workers.

On the day, the army launched two mobile oxygen stations capacity 16cu.m/hour in Military Medical Hospital 175 to supply meet the demand of medical facilities across the city.

On Tuesday, Secretary of the Hanoi Party Committee Dinh Tien Dung asked local authorities to tighten control over quarantine areas to avoid spread in the community.

He said: “Grassroots level needs to keep a close eye on the areas they are in charge of to help people strictly follow precautionary measures and do not go out unnecessarily.”

Hanoi confirmed 66 infections today, including one-third found in the community.

On that day, the central city of Danang announced to extend the shelter-in-place for 10 days from August 26. It has imposed such a stricter lockdown from August 16. 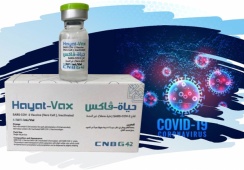