Up to 64% of respondents in Vietnam applied for online credit in 2019 at least once.

As online payments and digital lending are in priority for the Asians when it comes to frequently used financial services, almost two-thirds of respondents in Vietnam applied for online credit and made e-payments in 2019, according to the survey of fintech customers by Robocash Group.

Conducted in the second half of January 2020, the survey covered Vietnam, the Philippines, Indonesia and India. The findings revealed a relatively even penetration of online financing across these markets.

On average, 61% of respondents in these countries applied for online credit in 2019 at least once. The lowest usage was in the Philippines (57%). Indonesia had 61%, while the rate in India and Vietnam was 63% and 64%, respectively.

A rapidly growing consumption explains the higher figures of the latter. India and Vietnam have the lowest income per capita among the mentioned markets. Still, they tremendously outpace neighbors in terms of growth rates. That suggests more often recurring gaps in family budgets of people. At the same time, an increase in welfare helps to diminish the debt load.

In general, an urgent, unexpected need remains to be the main reason to apply for fintech financing. Most often, Asians used relevant services in 2019 only once or twice for the whole year. India had the highest share of such customers at 31%. The Philippines and Vietnam followed with 28% and 27%, respectively. Indonesia had 24%. Remarkably, only one in ten respondents used online credit almost monthly, i.e. more than 10 times a year.

Finally, digital savings and investments in Vietnam, as well as in other countries, demonstrated the lowest penetration, 10% and 5%, respectively. The reason why the segment is lagging is in the fact that such services suggest serving customers earning higher incomes and saving money. At the same time, improvements in financial inclusion and financial literacy promise to advance the industry soon. 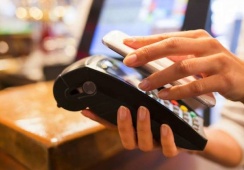 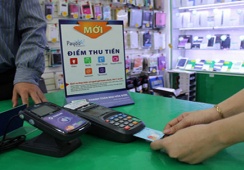