UAE Ambassador: Young people in Vietnam should be proud of their historical traditions, culture

The Hanoitimes - Hanoitimes- UAE Ambassador to Vietnam highlighted his hope to the young generation during a talk with Vietnamese students.

On November 27, 2020, Ambassador Extraordinary and Plenipotentiary of the United Arab Emirates (UAE) in Hanoi, Obaid Saeed AlDhaheri, had a talk with students from Hanoi University of Social Sciences and Humanities.

Associate Professor, Dr. Hoang Anh Tuan, Vice Rector of the university, representatives of the International Cooperation Department, staff of the UAE Embassy and hundreds of students from the university's faculties joined the talks.

In a friendly and open atmosphere, the Ambassador reviewed the UAE's development history, stating that UAE is a small country with about 10 million people that was once a poor land with a harsh desert climate and white sand.

"Over the 49 years since the founding of the country, the leaders of the UAE have always wondered how to develop the country so that the people can have a prosperous life, and how UAE has a more prestigious position on the world map", the diplomat said.

In 2019, UAE passport  took the  first place in the world passport ranking. Also in 2019, a citizen of the UAE made a historical milestone as the first Arab to set foot on the ISS International Space Station on an important mission that lasted more than a week.

The Ambassador encouraged young people to have positive thoughts and actions, take initiative, prepare their knowledge and take advantage of opportunities to bring success to themselves and contribute to country development.

The Ambassador also mentioned the importance of learning in real life besides acquiring knowledge in academic books. In 2016, UAE appointed Shamma Al Mazrui to the position of Minister of State in charge of Youth Affairs making her the world's youngest minister of 22 years old. At that time Shamma had a Master's degree from Oxford and Bachelor in Science from New York University.

Referring to the role of culture in the age of technology, the Ambassador referred to his previous visit to the Museum of Ethnology, in which he was impressed with the cultural features of the Vietnamese ethnic minorities.

The UAE also has many famous museums such as the Etihad Museum that introduces the history of the UAE, the Louvre Abu Dhabi Museum is a new museum displaying many valuable antiques, while the Future Museum is the model about sustainable development when using energy from solar cells, he said.

“Science and technology have changed our lives in a positive direction, helping us to cope and maintain operations during a time that is heavily influenced by Covid-19. However, we, especially the young generation, must keep our cultural identity while receiving advanced  technology from the world”, the ambassador pointed out.

The diplomat said he was very impressed with the changes of Vietnam over the years. He told the young people in Vietnam to be proud of their historical traditions, culture, achievements but still have to make more effort to build their own future and the country.

At the end of the talk, the Ambassador answered some questions from the students and took photos with them. 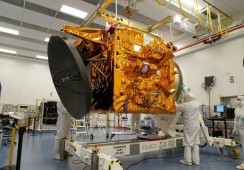 UAE to launch weather satellite to Mars on July 15 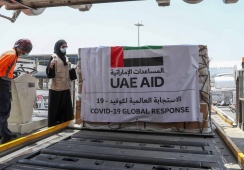 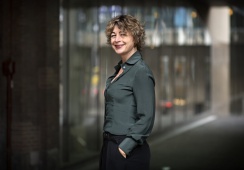