In response to the 26th United Nations Climate Change conference, UPU’s theme for 2022 competition gives young people a chance to raise their voice on climate crisis.

“Write a letter to someone influential explaining why and how they should take action on the climate crisis,” is the theme for the Universal Postal Union’s 2022 International Letter-Writing Competition for Young People.

According to the UPU’s Programme Manager for Communications and Events David Dadge, when the world leaders and stakeholders met in Glasgow for COP26 to help solve the climate crisis, young people can feel excluded, but they are the voices of the planet’s future.

The theme of next year’s Letter-Writing Competition enables young people to call for the changes they desperately wish to see from their leaders.

The ceremony was held in both in-person and virtual format at seven points in Hanoi, Da Nang, Khanh Hoa, Bac Ninh, Hai Duong, Hai Phong, Vinh Phuc, and via Vietnam Post's fanpage. This is the 34th time the contest is held in Vietnam. The 51st UPU’s competition (2022) officially kicked off in Vietnam on November 25 in conjunction with the awarding ceremony of the 50th UPU’s International Letter-Writing Competition.

The rules for the new contest season were announced by the Deputy Director of the International Cooperation Department (Ministry of Information and Communications) Tran Thanh Ha.

Accordingly, the eligible contestants are under 15-year-old pupils throughout Vietnam. Submission to the contest begins on December 2, 2021, and will last until March 2, 2022. The entries must be handwritten and not exceed 800 words. They should also be sent through the Vietnam Post mail system in a stamped envelope to the Young Pioneers and Children Newspaper (No. 5, Hoa Ma Street, Pham Dinh Ho Ward, Hai Ba Trung District, Hanoi.)

Adopted at UPU’s 1969 Tokyo Congress and launched in 1971, the competition brings talented young people together from thousands of schools in dozens of countries.  It helps advance global literacy and education among young people. Currently, it is closely tied to the 2030 Agenda for Sustainable Development under Goal 4, which seeks inclusive and equitable education for all.
Participating countries hold a national letter-writing competition with support from postal operators and, often, assistance from education authorities. Each country chooses a national winner and submits its entry to a global competition held by UPU. An international jury judges the letters and selects the winners, as well as entries worthy of a special mention.

The competition is an excellent way to develop writing skills among youth and boost up their ability to express thoughts clearly about the social problem they might be concerned about. It also aims at fostering and nurturing the young generation's awareness and responsibilities towards society, their nation as well as the whole world. 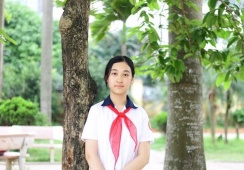 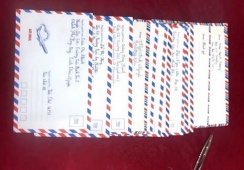