Vietnam’s government debt-to-GDP ratio is set to rise to around 42% in 2020, from 37% in 2019, but this is still below the 59% median for its current “BB” rated sovereigns, according to Fitch Ratings.

A higher government debt was mainly due to the introduction of a fiscal stimulus package of around VND279 trillion (US$12.03 billion or 3.4% of GDP) to help offset the effects of the pandemic. This includes tax deferrals, cuts and exemptions, as well as cash transfers to affected workers and households.

Meanwhile, Vietnam continues to stand out this year among Asia’s frontier and emerging markets in terms of economic resilience during the coronavirus pandemic, stated the rating agency.

“Vietnam is one of only four sovereigns in Asia Pacific that we expect to post growth in 2020,” Fitch said.

Vietnam’s tourism sector has been hit hard by the pandemic. Restrictions on inbound tourism are still in place and tourist arrivals fell about 65% year-on-year on average from January-July. Tourism is about 10% of GDP with a higher contribution if indirect spillover effects are considered.

Meanwhile, exports have been affected by the decline in demand from Vietnam's key export markets, including the US and China, although demand from China has begun to recover.

Vietnam had been successful in controlling community transmission of the virus during the early stages of the crisis, and no official deaths were reported until end-June 2020. However, a local outbreak in Danang and Hoi An since end-July has led to a reintroduction of social distancing measures in these areas.

Nevertheless, Fitch is still maintaining its growth forecast of 2.8% in 2020 and 7.5% in 2021, although these forecasts remain subject to a high degree of uncertainty.

For the Asia Pacific region, Fitch projected regional growth will rebound in 2021 from the troughs in 2020. In the meantime, weak domestic spending will only be partially offset by improving exports. Countries highly reliant on tourism receipts, such as the Maldives and Thailand, will face a delay in their recovery, while those dependent on remittances, such as Bangladesh and the Philippines, may also take time to recover. 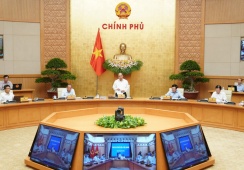 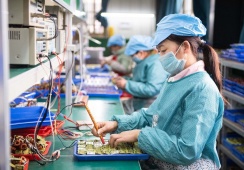