Vietnam 5G smartphones go on sales in US

The Hanoitimes - A subsidiary of Vingroup has gradually materialized its goal of expanding business in the global market.

Three Vietnamese smartphone models produced by VinSmart, a subsidiary of the conglomerate Vingroup, has gone on sales at the wireless carrier AT&T’s retail systems in the US.

The latest models, named Maestro Plus, Motivate and Fusion Z, are sold at prices ranging from US$39 to US$89 in the US market. According to VinSmart’s survey, American consumers are willing to pay for new-technology devices with diverse prices.

The Vietnamese company announced the establishment of a joint venture with automotive parts maker Magna International to manufacture electric motors last December. VinSmart planned to purchase South Korea’s LG Electronics’ smartphone business for its expansion as the tech company considered selling its manufacturing facilities in Vietnam and Brazil to expand its emerging sectors such as electric vehicle and vehicle component categories.

However, the deal  recently collapsed mostly due to the price difference, according to KoreaTimes. “With Vingroup offering a lower price than expected, LG will move on to find another buyer,” an official from LG was quoted as saying. “The company's smartphone production lines overseas such as in Vietnam and Brazil can be realigned to manufacture home appliances.”

VinSmart was at the fifth position with a 11% market share in terms of smartphone sale in the last quarter of 2020 in Vietnam, according to the latest report of the smartphone market in Q4 by Canlays, a Singaporean market share company. 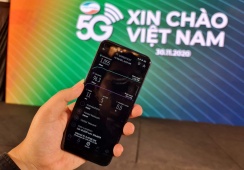 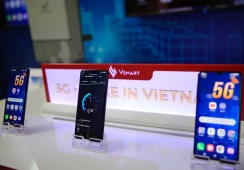