The move raises Vietnam Airlines’ registered capital to nearly $1 billion that will help improve its dire financial situation during the pandemic.

Vietnam Airlines has successfully sold over 796 million shares to 27,627 existing stakeholders, or 99.51% of the volume on offer.

The placement took place from August 5 to September 14, which helped raise over VND7.96 trillion ($350 million), and subsequently increased the airline’s registered capital to VND22.14 trillion ($1 billion).

The airline is expected to use the proceeds to maintain liquidity and improve the financial situation that has been severely affected by the pandemic.

SCIC became a major shareholder of the national flag carrier after forking out VND6.89 trillion ($300 million) to acquire a 31.08% stake, which is part of a resolution passed by the National Assembly (NA) last year that allows the Government to bail out the airline with a rescue package worth VND12 trillion ($522 million).

Vietnam Airlines also signed a credit contract of VND4 trillion ($173 million) from three local banks, as the State Bank of Vietnam (SBV) provided these lenders with a refinancing loan of the exact amount at a 0% interest rate.

The Ministry of Planning and Investment (MPI) previously estimated Vietnam Airlines’ overdue debt of VND6.24 trillion (US$272 million) could lead to its bankruptcy. The recent Covid-19 outbreak in Vietnam has added to the woe as the airline estimated further losses of VND10 trillion (US$436 million) in the first half of 2021. 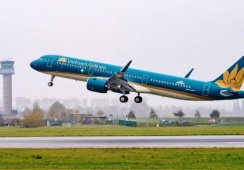 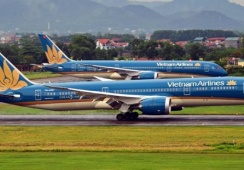 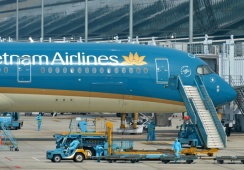