The Hanoitimes - It is likely that the credit growth in the first 11 months of the year is quite far away from the target of 14%, so the SBV is taking steps to boost credit.

The State Bank of Vietnam (SBV), the country’s central bank, has announced its decision to cut the rate on banks' reserve requirements from 1.2% per year to 0.8% for the first time in 14 years.

Firstly, it is to encourage banks that have excess liquidity, regularly have deposits in excess of the minimum required reserved at the SBV to increase lending activities to the economy instead of leaving the money at the SBV. When the opportunity cost of lending is reduced, commercial banks may consider increasing lending more.

“It is likely that the credit growth in the first 11 months of the year is quite far away from the target of 14%, so the SBV is strengthening solutions to boost credit,” stated BVSC.

Other countries like Japan and Europe are applying negative interest rates (-0.1% and -0.5% respectively) for the money deposited by commercial banks. This means that commercial banks even have to pay a fee to the central bank instead of enjoying interest.

Secondly, the reduction of interest rates paid for minimum required reserves also helps the SBV save a certain cost in the policy management process, which BVSC considered this second purpose as an important one. 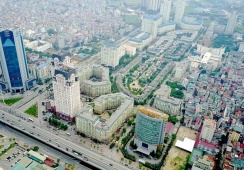