The Hanoitimes - Because of the school closing, a number of schools have applied online teaching

Almost all cities and provinces across Vietnam have decided to close schools for another week in order to minimize the infection of novel coronavirus-caused respiratory sickness.

As of 7:30 pm Friday [February 7], as many as 56 cities and provinces announced to close all school schools from kindergarten to high school in the week starting from February 10, local media reported.

Big cities namely Hanoi, Ho Chi Minh City, Haiphong, Da Nang, and Can Tho are also in the list of localities which allow schoolchildren to stay at home for their safety in the context that the outbreak of the novel coronavirus (nCoV) has caused 13 infections in the country.

Hanoi alone will also shut down all schools, giving more than two million of schoolchildren another week off.

On February 6, Minister of Education and Training Phung Xuan Nha asked heads of local governments to close schools by considering the epidemic situation to ensure the safety of students.

In the meantime, a number of schools have been cleaned to prevent the spread of the epidemic.

Vietnam has more than 24 million of students. The school year in Vietnam begins in September and ends in May and June of the next year. 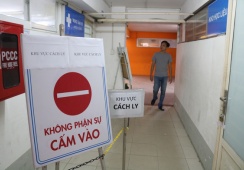 Vietnam may extend school break by another week amid nCoV outbreak 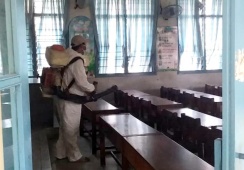