The Hanoitimes - From January 1 – March 26, over 153,000 people filed claims for unemployment benefits.

In case the Covid-19 pandemic turns more complicated, around 400,000 workers could lose their jobs and other three million will likely be laid off, according to an estimate of the Vietnamese Ministry of Planning and Investment (MPI).

Under a milder scenario in which there are no major changes to the current situation, the MPI expects that over 250,000 workers will become unemployed and 1.5 – 2 million will be furloughed.

The MPI cited findings from a quick survey indicating nearly 10% of over 760,000 operational enterprises in Vietnam were forced to scale down operations in February, and the rate rose to 15% in March.

In the fields directly hit by the Covid-19 pandemic such as tourism, hospitality and catering services, the rate went up to 70 – 80%.

From January 1 – March 26, over 153,000 people applied for unemployment benefits, mostly in the fields of transportation, garment, footwear, tourism, hospitality and catering services, among others.

Vietnam’s GDP growth in the first quarter is estimated at 3.82% year-on-year, the lowest Q1 growth rate in the past 10 years.

Under such a circumstance, the MPI stressed the country’s growth target of 6.8% for this year remains a challenging task.

In the coming months, the MPI expected new risks on the economy to emerge, including (i) uncertainties surrounding the Covid-19 pandemic; (ii) the business community’s capacity to absorb the credit support package worth VND285 trillion (US$12.23 billion); (iii) negative impacts of a slowdown in global trade and production on domestic consumption and enterprises’ investment activities in Vietnam; (iv) restructuring process of state-owned enterprises and public investment; (v) slower growth in foreign direct investment capital inflow; (vi) low credit demand until late second quarter and high pressure on foreign exchange rate. 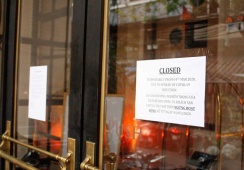 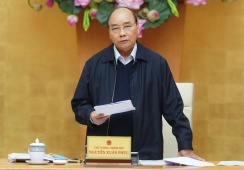