The Hanoitimes - Vietnam has closed non-essential services and called on people to stay home until April 15.

Vietnam is making efforts to keep the number of coronavirus cases in the country under 1,000, Deputy Prime Minister Vu Duc Dam has stated.

The deputy PM pointed out that the country’s protective measures have been effective and the number of people infected with SARS-CoV-2 in Vietnam is impossible to hit 1,000 by April 1 in any speculation.

He explained that international estimations have showed that it takes nine days on average for the toll of infection cases to increase from 100 to 1,000 in a number of countries (28 days for Japan). With the same pattern, Vietnam is projected to have 1,000 cases by April 1 (it confirmed 100 new cases by March 22) but that projection will never be true, he affirmed.

In Vietnam, among 137 infected cases confirmed between March 7 and March 26, as many as 86 were quarantined after their arrivals in the country and 51 cases have been found in the community.

To limit the spread of the virus, Vietnam closed from Saturday [March 28] non-essential services for two weeks and called on people to stay home except for emergency cases.

The country closed borders to all foreigners from March 22 and domestic airlines have suspended all international routes, except for VietJet’s Hanoi-Tokyo route that will be operated until April 4.

Meanwhile, the country has quarantined dozens of thousands of people from pandemic-hit areas. 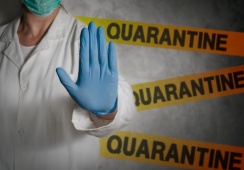 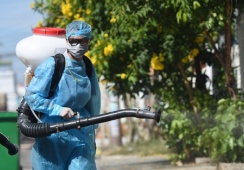