Government agencies are requested to finalize plans to simplify and remove cumbersome business regulations via consulting with enterprises and associations before May 30.

The Vietnamese government would set up an e-portal to seek opinions from the business community regarding obsolete laws and regulations that are considered barriers for their operation.

The move was revealed in a recent directive from Deputy Prime Minister Truong Hoa Binh calling for greater push in administrative reform and the development of e-government to ensure convenience for the people and businesses in realizing administrative procedures.

Under the directive, ministries, ministerial-level agencies and Vietnam Social Insurance are tasked with reporting all regulations and complicated costs for business-related administrative procedures under their respective administrations at the following address https://nq68.baocaochinhphu.gov.vn.

“Leaders of government agencies and provinces/cities would be responsible for overseeing the process of removing and simplifying business regulations under resolution No.68/NQ-CP on the abolition or simplification of business-related conditions in the 2020-25 period,” stated the directive.

Meanwhile, Deputy PM Binh urged all agencies finalize plans to simplify and remove business regulations via consulting with business entities and associations to submit to Prime Minister Pham Minh Chinh in two phases, with the first before May 30 and second in September 30.

“Each plan should clearly demonstrate the benefit and potential costs for the business community,” the directive noted, warning those failing to meet such requirements would be returned.

In other note, the directive suggested the Prime Minister’s Advisory Council for Administrative Procedure Reform would promote dialogue and communications with business associations and organizations on current issues in the legal framework, and later pass on these recommendations to related ministries and agencies for timely consideration and revision accordingly. 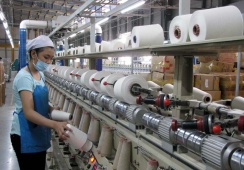 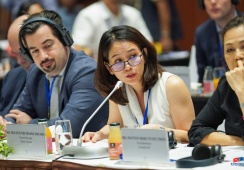