The Hanoitimes - Vietnam’s most severe Covid-19 patient has expressed his eagerness to return to his homeland in Scotland.

A 43-year-old Briton, who has been hospitalized for over three months in Ho Chi Minh City, is now well enough to board a flight to return home in Scotland soon, Tuoi Tre Online reported, citing Cho Ray Hospital where he is being treated.

The man is now breathing room air without supplemental oxygen for most of the time, according to the latest update by the treatment sub-committee under the National Steering Committee for Covid-19 Prevention and Control on June 20.

The patient has been unplugged of the ventilator for seven consecutive days, the sub-committee said, adding that he has completely weaned off oxygen support during the day and only needs it at night.

Cho Ray Hospital said that the man has been able to stand on his feet while holding on to support bars during physical therapy exercises.

The Briton is fully conscious and capable of coherent verbal communication, the hospital informed. Doctors have completely cut the patient off intravenous feeding as he can now eat normally.

Furthermore, his ability to move has improved. He can now get up and turn around in bed along with roughly four fifths of his leg muscles recovering after receiving physical therapy twice a day, doctors said.

Despite these positives, he still needs time in order to regain the use of his leg muscles and make a complete recovery.

The patient has expressed his eagerness to return to his home in Scotland. A medical consultation meeting is scheduled for next week to review the patient’s conditions before he can be released from hospital.

The man, who is identified as Vietnam’s Covid-19 patient No.91 following his coronavirus test on March 18, is a Vietnam Airlines pilot. He took the job at the Vietnamese national flag carrier in December last year.

When initially hospitalized, the patient was in a healthy state. His condition suddenly worsened with his lung capacity dropping rapidly, forcing him to require the aid of the extracorporeal membrane oxygenation machine (ECMO) from April 6.

He was initially admitted to the Ho Chi Minh City Hospital for Tropical Diseases and transferred to Cho Ray Hospital on May 22 after having been cleared of the virus.

On May 8, it was announced that only 10% of his lungs were functional and that a lung transplant might be his only viable path toward recovery.

However, he has made a remarkable recovery over the past weeks, and doctors now say he will soon be well enough to be discharged without the need for a lung transplant.

The Briton remains Vietnam’s most critical Covid-19 patient and has spent the longest time receiving treatment at medical facilities for a combined total of 92 days.

As of June 21, Vietnam’s Ministry of Health has reported that the national tally of Covid-19 stood at 349. Among them, 326 patients have recovered while only 23 are under treatment, including four having tested negative twice. 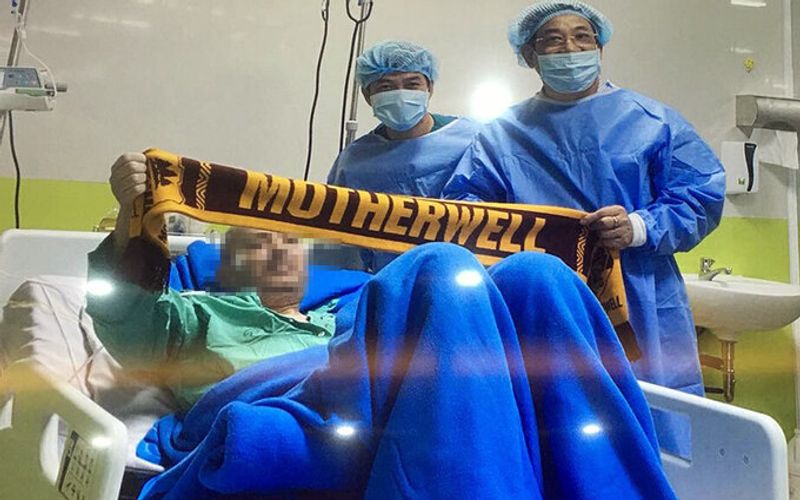 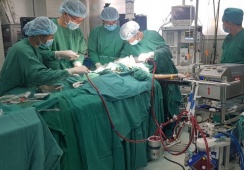 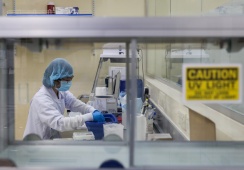