Fields of public health, provision of pharmaceutical materials, drug and vaccine production, oil and gas, information technology and technology transfer, education, and tourism are covered in the exchanged MOUs inked at the “Vietnam India Business Forum” organized by the Embassy of Vietnam and the Confederation of Indian Industry (CII).

On the same day, more deals signed between businesses of the two countries included one worth US$4 billion by Saigon Telecommunications Technology Joint Stock Company (SAIGONTEL) and Ecologic Engineering Private Limited.

Under the agreement, the two companies will focus on long-term infrastructure projects in some big manufacturing hubs of Vietnam like Thai Nguyen (where Samsung factory is located), Hai Duong, Dong Nai, and Ho Chi Minh City.

In addition, they will invest in innovation hubs and high-tech manufacturing centers such as Karnataka, Andhra Pradesh, Telangana, Tamilnadu, Maharastra, Uttar Pradesh, and Bangalore, the areas named the Silicon Valley of India.

The companies will also invest in developing human resources.

SAIGONTEL, a member of the Saigon Invest Group (SGI) managing 38 industrial parks (IPs) nationwide, is providing infrastructure and telecommunication services in IPs and supplier of Telco, GOV, NMC, SMB for partners around the world.

HCL said its plan is to develop HCL Vietnam into the largest global IT distributor outside its headquarters in India with 8,000 employees in the next three years, 90% of them are Vietnamese.

Bharat Biotech has its Covid-19 vaccine Covaxin licensed in Vietnam, vaccines against rabies, and bid for some national vaccine providing projects in Vietnam. In talking with Suchitra Ella, the Vietnamese top lawmaker said the NA empowered the government to conduct special measures against the pandemic and will soon adopt special mechanisms in medical equipment, Covid-19 drugs and vaccines. The move would enable Bharat Biotech to expand investment and transfer vaccine production tech to Vietnamese partners.

It also seeks investment opportunities in finance-banking, automation, IT, renewable energy, and cybersecurity.

Trade and investment cooperation has been one of the main pillars of bilateral relations between these two nations.

In terms of investment, India has poured nearly $1 billion in more than 300 projects in Vietnam with a focus on the processing and manufacturing industries.

In terms of trade, the two-way turnover in the first 10 months of 2021 reached nearly $11 billion, up 40% on-year, and surpassed the value of 2020. The bilateral trade turnover grows 20% annually, having doubled over the last five years. It may well exceed $12 billion this year.

Leaders of the two countries said trade and investment cooperation between Vietnam and India has achieved positive results in recent years but is not proportional with the potential and advantages of both sides.

The economies of the two countries have many similarities, which can support each other. Specifically, India can become a supplier of input materials for Vietnam in industries such as textiles and garments, shoes and leather, and machine manufacturing; at the same time, creating more favorable conditions for Vietnamese products, such as consumer goods, electronics, agricultural and aquatic products, wood products, rubber, to penetrate deeply the Indian market.

Besides, Vietnam also offers a wide scope for cooperation and mutual support in the fields of textiles and garments, high-tech agriculture, biotechnology, pharmaceuticals, information technology, energy, infrastructure, and mining, the India Times reported. 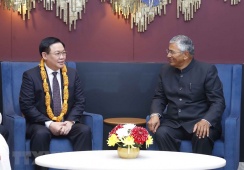 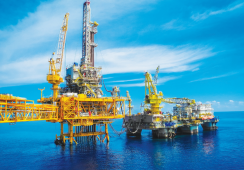 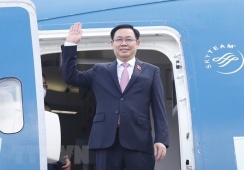