While there are several upside risks, moderating food prices should keep Vietnam’s inflation under control.

Vietnam’s inflation rate in 2021 is set to average around 3% in 2021, mainly reflecting the impact of moderating food prices, which should more than offset recovering oil-related prices, according to HSBC.

“That said, inflation should remain below the State Bank of Vietnam (SBV)’s 4% inflation ceiling this year, allowing the SBV to maintain its accommodative monetary policy throughout 2021,” stated the bank’s latest report, adding it expected the central bank to keep its refinancing rate unchanged at 4%.

“As global economic prospects improve, there are concerns about inflation volatility,” it noted.

“While electricity price volatility is perhaps a one-off administrative adjustment, food prices and transport costs are worth watching closely, as they both weigh heavily in the overall CPI basket, with weightings of 34% and 10%, respectively,” stated the HSBC.

Since the end of 2019, higher pork prices have pushed up food inflation, even to the extent that headline inflation temporarily breached the “4% inflation ceiling” for four consecutive months.

However, pork prices have largely moderated, given gradually improving conditions since the second half of 2020 and a 382% year-on-year increase in pork imports.

The African Swine Flu (ASF) has caused the loss of about six million pigs in Vietnam, but the total number of pigs have increased to more than 26 million, equivalent to 85% of the pre-ASF level.

While it is encouraging to see slower growth in pork prices, soaring global grain prices are posing upside risks. In the case of Vietnam, there has been a notable increase in the price of rice over the past couple of months, driven by several factors including seasonally tight supply and delayed harvest in parts of the Mekong Delta as a result of unfavorable weather conditions.

That said, while grain food prices can be a source of concern, its CPI weighting is quite small (3.7%), thus the upside risk is likely to be limited. Overall, the HSBC expected food prices to moderate significantly after last year’s 10% year-on-year jump.

Another key supply-push concern comes from oil base effects. In Vietnam, the Ministry of Industry and Trade and Ministry of Finance usually reviews domestic petrol prices and makes adjustments in accordance with global oil price fluctuations every two weeks. In recent years, the correlation between local transport costs and international oil prices is increasingly evident, typically with the lag of about one month. Not surprisingly, domestic transport prices fell 11% year-on-year, the main drag to headline inflation in 2020.

However, as the dampening effect will eventually dissipate throughout 2021, the report expected some upside pressure from higher transport prices. As a result, this is likely to be offset by slower growth in food prices, given its smaller CPI weighting.

USD/VND exchange rate to stay stable in in 2021

Beyond supply and demand factors, foreign exchange (FX) is also another consideration that directly impacts the inflation prospects. That said, the impact appears to be muted, as exchange rate stability reduces the pass-through to inflation.

As an exporter with high import-intensive components, Vietnam’s FX pass-through is the highest in ASEAN. According to HSBC estimates, 100bp currency depreciation is associated with an approximate 0.25ppt increase in Vietnam’s headline CPI.

Indeed, previous episodes of a sharp depreciation of VND has been associated with a spike in inflation. Fortunately, the VND has been relatively stable in recent years, in part thanks to rapid accumulation of international reserves as a result of an improving current account position. 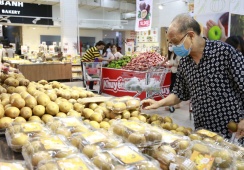 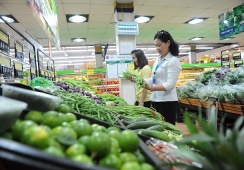 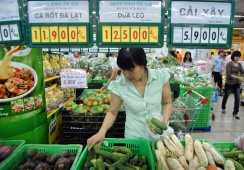