While a relatively new paradigm in Vietnam, it is expected that network sharing efforts would accelerate as the government seeks to streamline network deployments and slash capital spending, according to Fitch Solutions.

In June 2020, Vietnam’s four state-owned mobile operators - Viettel, VNPT-Vinaphone, GMobile and MobiFone - agreed to share about 1,200 base transceiver stations (BTS). This follows on a deal struck in May between VNPT and MobiFone, which agreed to share infrastructure for 700 new BTSs.

Before the deal was struck, operators have largely pursued synchronous deployments of their networks, which has led to a significant duplication of infrastructure.

The trend is especially pronounced in densely-populated urban areas, where the rapid construction of mobile masts has also led to safety and environmental concerns from the government.

In November 2019, the Ministry of Information and Communications (MIC) published Directive No. 52/CT-BTTTT, which among others, highlighted the need for fixed and mobile operators to coordinate network construction and develop plans to share infrastructure.

The sharing of BTSs will also allow operators to save on capital expenditures associated with new construction, which the MIC estimates to be roughly VND1.0 billion (US$42,000) per BTS.

In the 5G era, where networks require a significantly higher number of BTSs to operate effectively, network sharing can greatly reduce redundant investments, and allow operators to repurpose funds to develop services, which will be the key differentiator in 5G.

The deal will also prove to be greatly positive for GMobile, which currently only operates a 2G network, said Fitch Solutions. Despite receiving 4G spectrum and licenses in 2016, it appears that the operator has not made any meaningful progress in deploying LTE technology. This is surprising, given that it does not have any 3G spectrum; instead, it has been relying on offering basic 2G call, text and data services at low prices - catered primarily to lower-income and rural subscribers - to gain market share.

This strategy has caused it to steadily lose ground to its larger rivals, which were able to leverage their scale and capital resources to grow their reach. The network deal could allow GMobile to launch limited 4G or even 5G services, although it will likely need to achieve a more extensive network sharing deal if it were to boost its long-term prospects.

The newly-agreed deal is relatively small in scale; data from the MIC suggests that as many as 400,000 BTSs have been installed by all five mobile operators nationwide.

Vietnamobile, the only privately-owned operator in the country, and the market’s fourth largest by subscriber count, appears to be excluded from the deal; the Hutchison Asia Telecom–owned operator could find it increasingly difficult to compete in a market dominated by the state-owned telcos.

Its estimated market share in the first quarter of this year of just under 6% has not grown to a meaningful degree over the years; it continues to be squeezed by its bigger rivals in urban areas. The smaller telco had long built its market share around low mobile tariff rates, although it is now focused on improving service quality in higher-return urban areas.

The network sharing deal will pave the way for more extensive partnership deals in the future, stated Fitch Solutions.

The towers segment is one area which could see an increased focus; by the end of 2019, it is estimated that Vietnam had close to 100,000 towers, which are mostly owned by operators. The market is highly fragmented with several private players owning hundreds of towers, suggesting that consolidation in this area is a strong possibility.

Mergers and acquisitions in the towers segment could greatly streamline and allow better-coordinated construction of these assets. Overall, the deal has little positive implications to private sector players in the Vietnamese telecoms market. The state remains a dominant force in the Vietnam telecoms landscape, and is a key facilitator of partnerships between operators.

Apart from Vietnamobile, private sector investment into the industry has been focused on the mobile virtual network operator (MVNO) segment.

In early-June 2020, the market inducted its second MVNO, Reddi, which joins Indochina Telecom, an MVNO which launched services in April 2019. The latter has focused almost exclusively on customers centered in industrial hubs, which are mostly migrants from other provinces and cities.

Reddi itself intends to focus on the same segment, given that competing against the bigger MNOs in the generic consumer segment will be extremely difficult with the lack of differentiated services. 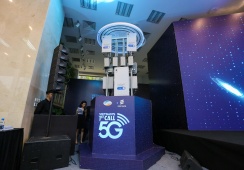