The Hanoitimes - So far, nearly 600 Vietnamese citizens have been repatriated from Canada.

Vietnam Airlines, the national flag carrier, on May 9 operated a flight to repatriate nearly 300 Vietnamese citizens from Canada, the second of its kind from the North American country over the past 10 days.

With this flight, Vietnam Airlines has brought home nearly 600 Vietnamese citizens from Canada.

The second flight, VN9, from Vancouver to Van Don airport in northern Vietnam brought back people who are children under 18, the elderly, the sick, and students whose dormitories shut down.

All passengers have been quarantined after they landed in Vietnam as required by regulations on pandemic prevention and control.

On the way from Hanoi to Vancouver on May 8, Vietnam Airlines flew back a number of Canadian citizens.

According to Vietnam Airlines, a group of nearly 30 crew members served the return flight of nearly 20,000 km.

Earlier on April 30, nearly 300 Vietnamese citizens were repatriated on a flight from Toronto.

Vietnam Airlines has been carrying out a number of repatriation flights as requested by the government of Vietnam amid the global lockdown.

So far, it has repatriated more than 2,000 citizens from the UK, Japan, US, Canada, UAE, France, Spain, Russia, Thailand, and Indonesia, among others. 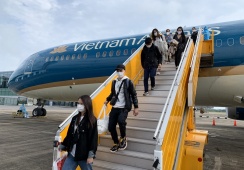 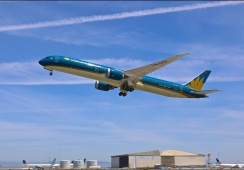