The Hanoitimes - The decline was stronger than a 5.89% tumble in May 2014 when China started a territorial spat with Vietnam.

Vietnamese shares on Monday plummeted the most since 2001 as traders strived to exit the markets on panic over the Covid-19 epidemic and a global crude price war.

The benchmark VN-Index of the Hochiminh Stock Exchange (HoSE) ended down 6.28% to 835.49 – the lowest since November 2017, causing a decline of nearly US$13 billion in market cap.

The loss was stronger than a 5.89% tumble in May 2014 when China sent a gigantic oil rig within Vietnam’s exclusive economic zone, initiating a territorial spat between the two countries.

On the HoSE, as many as 368 tickers closed in negative territory, 14 stood still and only 34 others managed to go north. The VN30 Index, formed by the 30 largest and most liquid stocks, dropped 6.35% to 782.85, with all the constituents ending in red and 23 hitting the lower limits.

Investor sentiment, already fragile, became sourer after the announcement of the first cases of coronavirus infection in Hanoi and other localities, according to VNDirect Securities.

“Unlike previous falls which were driven by global losses, investor sentiment is heavily impacted by complications of the Covid-19 epidemic domestically. Declines were broad-based,” said Nguyen The Minh, head analyst at Yuanta Securities. 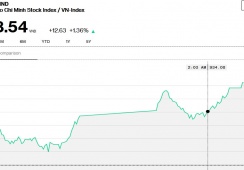 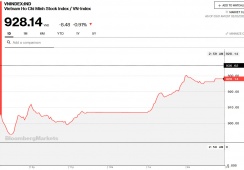 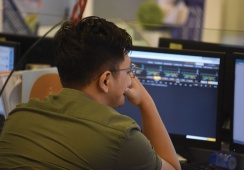