The Hanoitimes - Offenders across the country could pay fines online through the national public service portal.

Accordingly, from this month, offenders across the country could pay fines online via the national public service portal dichvucong.gov.vn. People also can apply for or renew driving licenses through the portal. The two services are among six provided online public which were launched on July 1.

The scheme has been piloted in four major cities namelt Hanoi, Ho Chi Minh City, Danang and Hai Phong and the south central province of Binh Thuan since March 12. Based on the success of the pilot project, local people now can pay online fine for traffic misdemeanor nationwide.

Information of the offense will be updated on a database and linked to the national public services portal. Seven days after being updated, the system would issue a fine warrant and send a notice to the offender.

Once receiving the notice, the offender could log on to the national public service portal, look for the warrant and the fine amount and make the payment using banking services.

Once being noticed about the receipt of the fine payment, traffic police return the papers to the driver via post. This procedure saves people from showing up at state treasury agencies or banks to make the payment and then go to police station to collect his/her papers.

Apart from collecting traffic violation fines, the portal will also provide other services including: renewing driver’s license, making social insurance premium payment and certification of copies, among others. 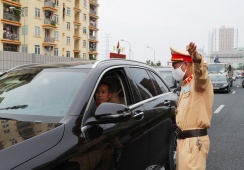 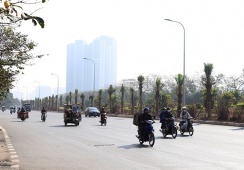