Startups that fully comply with business integrity, including financial transparency, would have higher chances of attracting investors.

As the number of startups in Vietnam is increasing every year, experts raise concern that the majority only focus on developing their products or solutions, but not on corporate governance and internal control, key factors of business integrity.

Recently, a score of startups went bankrupt after an ephemeral period of operation. Even startups with successful business models are now struggling for profit or unable to find investors to maintain operation.

For example, in May, Vietnam-based e-commerce startup Leflair filed for bankruptcy after having closed its local business. The company was alleged to owe US$2 million in liabilities to about 500 suppliers and customers.

In every season of the famous investment reality show Shark Tank Vietnam, dozens of startups received financial commitments from investors, but only half of them actually got the fund afterwards. While there are many issues for this, the most common one was that they made false statements regarding their real finance or operational practices, which were all revealed during the due diligence process.

Statistics from the Ministry of Planning and Investment showed during the 2016 – 2019 period, Vietnam has over 126,000 newly established enterprises annually, a 1.6-fold increase against the previous five-year period.

A report from the Australian Trade and Investment Commission (Austrade) stated Vietnam has the third highest rate for startups in Southeast Asia, in which the number grew rapidly from from 400 in 2012 to nearly 1,800 in 2015 and 3,000 in 2017.

However, despite the fast-growing number of startups, Vietnam remains among the world’s 20 countries with the lowest rate of startups having successfully realized their business models, at just 3%.

A survey conducted by the Vietnam Chamber of Commerce and Industry (VCCI) in late 2019 noted the successful rate of startups in Vietnam was less than 10%, in which the lack of integrity is among major issues.

In this context, the VCCI in July released a business integrity toolkit for investors and startups.

Chairwoman of Vietnam Business Angel Network and also the author of this toolkit Nguyen Phi Van said most of startup founders are young people in the age group of 18 – 34. Ms. Van said while they are good at developing products, most of them are lacking essential skills in managing enterprises that are related to administrative procedures, tax policies or intellectual property rights, among others.

According to experts, startups that fully comply with business integrity, including  financial transparency, would have higher chances of attracting investors.

Ms. Van stressed the key requirement for investors pour money into a business is integrity, as this is the only way they can build trust among their partners, shareholders, investors and customers.

For Vietnam, Mr. Taylor suggested there should be an effective legal framework to prevent corruption and promote e-government for greater transparency and fairness.

VCCI Chairman Vu Tien Loc said the Covid-19 is a wake-up call that could help promote integrity among the business community. In a post-Covid-19 world, responsible business conduct would be the first criteria for enterprises that look for sustainable development. 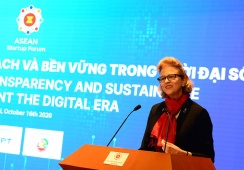 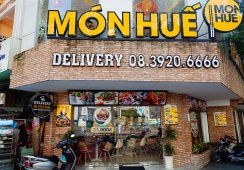