The Hanoitimes - In a market-based economy, all economic actors compete fairly with each other, while state-owned enterprises (SOEs) are independent and accountable for their own performance, Deputy Prime Minister Truong Hoa Binh has said.

Major state firms are required to preserve and expand their respective state capital during the Covid-19 pandemic.

Deputy Prime Minister Truong Hoa Binh made the statement at the year-end conference of the Committee for State Capital Management (CSCM), dubbed as the super committee, on January 11.

“Vietnam’s leading state-owned corporations should excel at their respective fields and be capable of competing with other economic components,” stated Mr. Binh, saying they should realize the role of being the “big fist” of the state economy.

According to Mr. Binh, the CSCM should focus on its role as the representative of state capital at enterprises, while each of the group or corporation is responsible for their own business plans.

“State-owned enterprises (SOEs) are independent and accountable for their own performance. In a market-based economy, all economic actors compete fairly with each other,” stated Mr. Binh.

The Deputy Prime Minister requested the CSCM to continue setting up set of criteria to evaluate the performance of SOEs in compliance with international standards, in which economic efficiency should be the priority.

In 2021, Mr. Binh expected the CSCM to soon approve the development strategy for all 19 corporations, while pushing for the privatization and divestment of state capital. So far, major state corporations have divested a total of VND2.42 trillion (US$104.7 million) in proceeds from 16 subsidiaries, representing a nearly four-fold increase from its book value.

“State firms should be the pioneers in innovation and digital transformation,” he added.

Meanwhile, one of the key tasks in the coming time for the committee is to resolve loss-making projects that continue to be a burden of the economy.

Launched in September 2018, the CMSC is tasked with managing state capital at 19 leading state-run groups and corporations with a combined capital of VND1,000 trillion (US$43.02 billion) and assets of over VND2,300 trillion (US$98.96 billion). These include major names such as the state investment arm State Capital Investment Corporation (SCIC), Electricity of Vietnam (EVN), and Vietnam Oil and Gas Group (PetroVietnam). 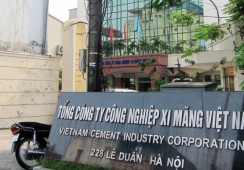 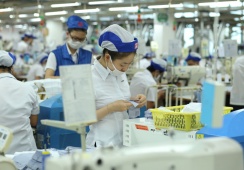 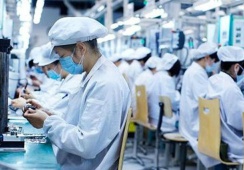