The stock market usually goes up in ten sessions after the Lunar New Year holiday with a strong increase in trading volume and value.

Investors are advised to hold and maintain a proportion of stock exposure through the Lunar New Year festival with 80% probability that the market will continue to rally after the festive period, a report from Bao Viet Securities Company (BVSC) said.

According to BVSC's statistics, since 2010, the market has usually rallied in about ten sessions before the Lunar New Year holiday – the market rallied for nine out of ten observed years with an average increase of about 4.57%. However, market liquidity often shows signs of decline during this period.

A study from FiinGroup expected liquidity of Vietnam’s stock market to improve in 2020, thanks to the capital inflow from foreign investors and attractive market valuation.

FiinGroup stated the current market valuation is at the same level as when the VN-Index hovered around 700 in mid-2017 before a strong rebound, which is “the most positive factor for the market potential in 2020. However, the key points lie on the quality of corporate’s profit growth in the coming quarters to lure cash flow return.” 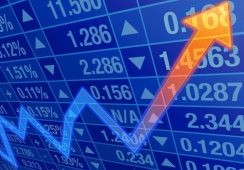