The Hanoitimes - The move by Vietnam's Ministry of Public Security is essential as it is the personal information protection that shows respect for the right of each person.

The Ministry of Public Security has just proposed fines of VND50 - 80 million (US$2,176 - 3,475) for anyone disclosing and sharing personal data without authorization.

The ministry will collect feedback from other ministries and government agencies over the draft decree on protecting data privacy in the next two months.

The fine is also proposed for illegally cross border sharing of personal data, as well as violations in registration of sensitive personal data, the representative added.

Explaining its decision, the representative said that disclosing, leaking, stealing, buying and selling personal data online has become increasingly common and that the draft decree is meant to counter these acts.

In addition to these violations, more and more agencies and companies have been collecting, analyzing and using personal data for various purposes without informing their clients, posing a risk to national security, social order and cybersecurity.

The representative cited that more than two-thirds of Vietnam’s 95-million people are online, making the nation the 13th in the world in the number of Internet users. Of those users, 58 million have Facebook accounts and 62 million, Google accounts.

According to Lawyer Bui Quang Thu from the Hanoi Association of Lawyers, the move by the Ministry of Public Security is essential as it is the personal information protection that shows respect for the right of each person. 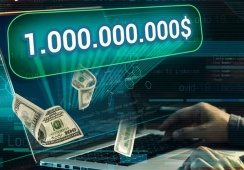 Cyber attacks a threat in VN