Vietnam targets to have 5,000 kilometers of expressway by 2030

In the next ten years, Vietnam targets to have at least 5,000 kilometers of expressway from around 1,200 kilometers that have already been built throughout the country.

Deputy Prime Minister Trinh Dinh Dung made the remarks at a conference held on December 24, discussing the targets for the Ministry of Transport (MoT) next year.

“However, the government’s target of having at least 2,000 kilometers of expressway in 2020 has not been fulfilled, and is pushed back until early 2022, or one year behind the schedule,” noted Mr. Dung.

Mr. Dung expected the 2021 to be a key milestone for the MoT, for which the ministry is tasked with preparing investment plan for transport infrastructure development in the next four years.

In the past five years, Vietnam expected to build over 600 kilometers of expressway, however, it took the country two years to complete the investment procedures and only three years left for construction.

“For the next government term, we have to address this issue and complete all administrative procedures right in the first year,” Mr. Dung suggested.

To realize the 5,000 kilometer-expressway targets by 2030, Vietnam will need huge investment capital. The Eastern North- South expressway project stretching from Hanoi to Can Tho alone has already cost over VND300 trillion (US$10 billion).

“The utmost priority for the MoT at the present is to finalize legal framework to help attract greater investment capital for transport infrastructure development,” stated Mr. Dung.

For existing expressway projects, Mr. Dung urged the MoT to work with the Ministry of Planning and Investment to speed up the construction process for soon operation.

In 2021, the MoT set public investment plan worth VND46 trillion (US$1.98 billion), focusing  on major transportation projects, including the North-South expressway, Ben Luc – Long Thanh expressway; My Thuan – Can Tho expressway phase 1.

Deputy PM Dung noted huge investment capital would be required for urban railway projects in major cities, which could amount up to US$80 billion for 16 urban railway routes in Hanoi and Ho Chi Minh City.

“With budget constraint, the MoT should continue to call for the participation of private investors and help address concern of enterprises during the process,” he suggested. 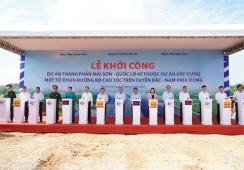 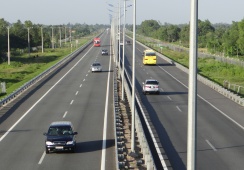 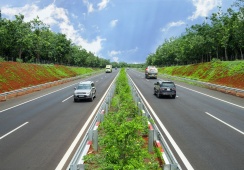