Vietnam to reinforce Coast Guard from now to 2030

The Vietnam Coast Guard will be heavily built up from now to 2030 for better serving the protection of the national seas.

It will be a force with well-organized structure, stable personnel and resources, and sufficient weapons and facilities, army officers said at a meeting held on January 5 that highlighted the Vietnam Coast Guard’s tasks for 2021-25.

The force will be organized on the basis of streamlined and powerful structure to adapt to the new situations and ensure the sovereignty protection the first and formost, the commander said.

The Vietnam Coast Guard, the youngest force of the Vietnam’s People Army (VPA), was first set up as the Vietnam Marine Police in 1998, with a mission to patrol and enforce laws in accordance with those of Vietnam and international treaties concerned.

In 2013, the Vietnam Marine Police was officially renamed to Vietnam Coast Guard. Additionally, each Coast Guard region also had its own command, indicating that the regions would have autonomy in dealing with various incidents at sea.

The VCG was established as a means of alleviating the burden on the Vietnam People’s Navy (VPN) during peacetime. It can also facilitate a legal approach to enforcing the maritime sovereignty and jurisdiction rights protected under the United Nations Convention on the Law of the Sea (UNCLOS).

The VCG also plays an essential role in defending Vietnamese fishermen. This role has proven successfully in maintaining Vietnam’s effective control over the disputed waters and dealing with unexpected incidents at sea.

The VCG now holds an important position in Vietnam’s overall maritime strategy. In a peacetime setting, the VCG serves to maintain tight control over Vietnam’s sovereign waters alongside the maritime militia. 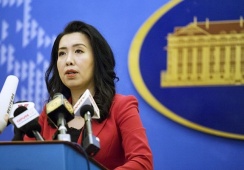 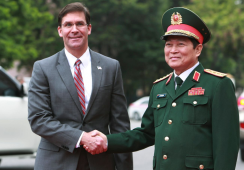