Vietnam’s exports to key markets such as the US and EU sharply rebounded across many sectors.

With a trade surplus of US$5.5 billion in the first half of the year, exceeding the estimate of the General Statistics Office at US$4 billion, there is possibility that the country’s 2020 trade surplus could surpass the record figure of US$11.12 billion in 2019, according to Viet Dragon Securities Company (VDSC).

In June, the export revenue rose by 17.6% month-on-month to US$22.5 billion, while imports reached US$20.7 billion, up 14%. This resulted in a trade surplus of US$1.8 billion, marking the fourth month in which trade surplus topped US$1 billion in the first half this year.

In terms of trade partners, there has been a V-shape rebound in exports to most of the key markets such as North America and the EU.

In the EU, Vietnam attained US$378 million from exports to France, representing an increase of 33% month-on-month and accounting for 1.7% of total exports. It is worth noting that France led the recovery efforts in Europe with output returning to growth for the first time since February. France’s composite output index strongly recovered to 51.3 points in June after sharply dropping to 32.1 in May. Output growth was recorded in both the manufacturing and services sectors.

Other markets such as the Netherlands, Italy, Spain, and the UK shared the same pattern, while Germany and Belgium remained flat. In Asia, there was a divergence among countries. Exports to China kept rising while South Korea and Japan saw no improvement.

Most of the Vietnam’s major export staples experienced a rebound in June. The list includes seafood, wood, textiles, foot-wears, iron and steel, toys and sports articles. These sectors’ exports plummeted in April due to the national lockdown in many countries, but started recovering in May before skyrocketing in June.

However, electrical products, telephones and machines still played an important role and made the biggest contribution to total exports. Forced-saving allowed consumers to spend on durable goods and hi-tech products are on top of the list. Besides, working from home has boosted the demand of personal office equipment.

VDSC said there is still more room for exports to grow in the second half of this year, which is one of the most important pillar of Vietnam’s economic growth.

In general, Vietnam is a bright spot on the world map in terms of curbing the Covid-19 outbreak and rebooting the economy. In the second half, VDSC expected the economy to expand at 7% year-on-year on average thanks to rising public investment disbursement and better-than-expected exports led by the electrical and electronic sectors.

VDSC forecast the country’s 2020 GDP growth to be close to 5% year-on-year. 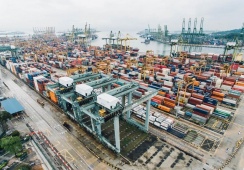 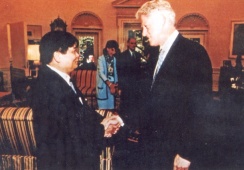