The Hanoitimes - Many senior officials, including a Politburo member, have been involved in the high-profile cases.

General Secretary of the Communist Party of Vietnam and State President Nguyen Phu Trong has urged local authorities to handle five high-profile corruption cases within this year, the government said on its website.

The aforementioned cases have been mentioned in different anti-corruption meetings by the committee, which is led by President Trong, as many alleged offenders of the cases are senior leaders, including a member of the Politburo, the country’s most powerful body.

Trong made the request at a time when the CPV is preparing for the National Congress, slated for early 2021.

VEC is accused of violating regulations on construction that caused serious consequences in the execution of the Danang – Quang Ngai expressway project.

Sagri is prosecuted for violating regulations on management and use of state assets that led to losses or wastefulness, and is charged with embezzlement.

At the meeting, the Party chief asked authorized agencies from now through the year-end to complete investigations of 13 cases, initiate probe of 17 cases, bring to trial 21 cases, hold appeal court on seven cases, and handle 18 cases. 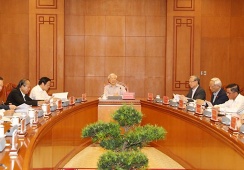 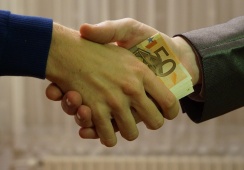