The Hanoitimes - Vietnam's national digital transformation program targets 80% of the population having e-payment accounts by 2030.

Vietnam has set itself the goal of becoming among the top 50 countries in terms of e-government building by 2030 as measured by the e-government development index (EGDI), according to the National Digital Transformation Program to 2025, with vision to 2030 approved by Prime Minister Nguyen Xuan Phuc.

To achieve the above-mentioned goals, the program sets among the tasks the improvement of economic competitiveness, with digital economy contributing 20% to GDP and labor productivity growth of at least 7% per year by 2025.

By 2030, Vietnam would be among the top 30 countries in terms of network safety and security (GCI).

Under the program, by 2030, fiber-optic broadband Internet services and 5G mobile network services will be universalized as well as more than 80% of the population will have e-payment accounts by 2030.

The program stated that tasks and solutions to create digital transformation foundation include cognitive transformation; institutional creation; digital infrastructure development and ensuring network safety and security, among others. 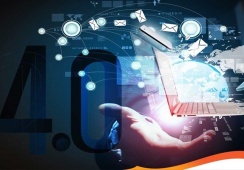