The new coronavirus should be considered as a “black swan” event, which has major impacts on short-term but is unlikely to change a full economic cycle.

The selloff in Vietnam’s stock market continued for the third consecutive day, leading to the benchmark VN-Index losing 4.7% 30 minutes after the opening on Monday to below 900, the lowest since the end of 2017, VnExpress reported.

Additionally, the VN30-Index, comprised of the 30 largest stocks on the Ho Chi Minh City Stock Exchange (HSX), was down 5.2% to around 800. On the Hanoi Stock Exchange (HNX), both the HNX-Index and the UPCOM-Index experienced a sharp decline.

In case the downward momentum extends to the end of the trading day, Vietnam’s stock market would go through the worst first three trading days in 2020 after 13 years, while the last time the market down 10% in three consecutive days was in April 2007.

Notably, all bluechips in the VN30-Index dropped, marking the decline in two consecutive trading sessions.

In the first two trading days after a week-long Lunar New Year holiday, the VN-Index was down 5.5% to below 940 as investors dumped Vietnamese shares on fear of the spreading of the new coronavirus (nCoV).

In its latest report, securities firm VNDIRECT considered nCoV a “black swan” event, which has a major impacts on short-term but is unlikely to change a full economic cycle.

In addition to the US – China trade war, the global economy at the end of an economy cycle is going through a difficult period, a worldwide epidemic has made the market sentiment even more vulnerable.

According to VNDIRECT, the scale of the outbreak and drastic measures from many countries around the world are unprecedented, making it difficult to evaluate the real impact of the epidemic.

However, in the long-term, VNDIRECT expected no major changes to the global value chain and aggregate demand, therefore, the world’s production and consumption would resume once the epidemic is put under control. Unless there is a clear breakthrough in combating the deadly virus, the negative sentiment is expected to continue to dominant in the stock market worldwide.

While investors are understandable to maintain a safe position against any short-term risks, VNDIRECT suggested keeping shares of companies with sustainable development and little hurt by the epidemic. 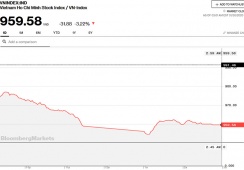 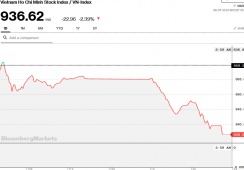 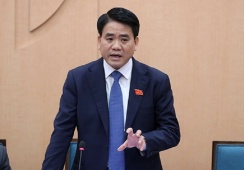