The Hanoitimes - Heads of Vietnam’s diplomatic missions pledged to do their best to support the capital city’s development.

The meeting saw the attendance of newly-appointed heads of Vietnam's overseas diplomatic missions for the term of 2019-2022.

Vu stressed that greater attention by the Hanoi government to foreign affairs has made an important contribution to the capital city’s outstanding developments in recent years.

Hanoi’s clear objectives and its dynamic development have facilitated the heads of Vietnamese diplomatic missions in their works, Vu added.

The diplomats pledged to do their best to support the capital city’s development.

For his part, Hanoi mayor Nguyen Duc Chung briefed them on some highlights in the capital’s socio-economic development.

“In these promotion activities, the great help of diplomats is of prime importance, especially those in Europe, Japan, South Korea and Israel; the major sources of investment” the Hanoi mayor stressed. 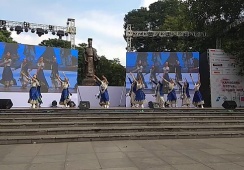 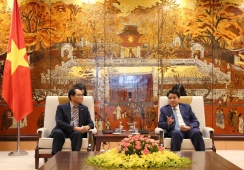 South Korea proposes cooperation with Hanoi in host of fields