It is a golden time to invest in Vietnam's e-payment service.

Vietnam's projected penetration rate in the mobile point-of-sale segment in 2021 is listed in Asia's top 3, including China and South Korea, according to the latest survey conducted by the German-based research market firm Statista.

The latest Digital Market Outlook showed about 29.1% of Vietnam’s total population will pay via smartphone applications this year, while the rate is about 39.5% and 29.9% in China and South Korea, respectively. The rates are higher than the overall average.

The average Vietnamese consumer is projected to spend around US$74 with payment apps in 2021, compared to $2,300 in China and $2,031 in South Korea. The rate is still extremely low, suggesting only very casual usage by a big chunk of consumers, the survey noted.

According to the firm, transaction value in the digital payments segment of Vietnam is estimated to reach $26.4 billion by 2025 from $11.6 billion in 2020.

Pramod Borasi, Research Analyst, BFSI at Allied Market Research said the mobile payments landscape has continued to evolve rapidly in Vietnam due to massive investment deals by key players toward expansion of the payment industry and rise in government support for establishing favorable mobile payment options in the country.

The advisory company Allied Market Research recently predicted the Vietnam mobile payment market size is projected to reach $2.7 trillion by 2027, growing at a compound average growth rate (CAGR) of 30.2% from 2020 to 2027.

The Vietnam mobile payment market is influenced by a number of factors such as an increase in penetration of smartphones, growth of the e-commerce industry, development of the fintech & payment industry, and increase in demand for fast & hassle-free transaction services, the advisory firm noted.

These players have adopted various strategies to increase their market penetration and strengthen their position in the industry, according to the advisory company.

Along with the presence of more than 100 fintech startups in Vietnam, the e-payment sector has become tougher among banks, startups, and service providers.

According to the latest report conducted by the State Bank of Vietnam (SBV), in the first quarter of 2021, the country recorded 156.2 million internet transactions with VND8.1 trillion (US$355.3 million), rising 28.4% in value.

The SBV has recently encouraged Vietnamese consumers to limit paying in cash and turn to digital payments to reduce the risk of Covid-19 infection.

Local insiders commented it is a golden time to invest in Vietnam thanks to the growing demand for e-payment. In the context of Covid-19, people are resorting to cashless payments. 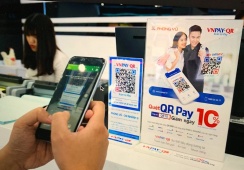 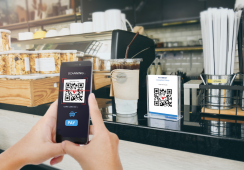 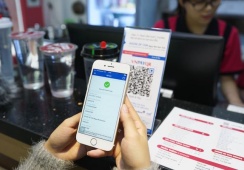