The Hanoitimes - The AFC.com selected the Vietnamese stadium as one of the five best stadiums in Southeast Asia.

The My Dinh National Stadium in Hanoi has recently been ranked among the five best sporting arenas in Southeast Asia by the Asian Football Confederation (AFC), according to the Vietnam Football Federation.

The stadium is a multi-purpose venue, located in the National Sports Complex, 10 kilometers to the west of Hanoi's downtown. With a capacity of 40,192 seats, the stadium was inaugurated in 2003 on the occasion of the 22nd SEA Games.

Then in 2007, the My Dinh Stadium hosted the AFC Asian Cup in Southeast Asia. At this tournament, the Vietnamese team won 2-0 against the United Arab Emirates (UAE) in the opening match before advancing to the eight finalists.

The other four best stadiums are Stadium Australia (Sydney, Australia), Gelora Bung Karno Stadium (Jakarta, Indonesia), National Stadium (Bukit Jalil, Malaysia), and Rajamangala Stadium (Bangkok, Thailand). According to the AFC, the stadiums are not only symbols of architecture but also home for clubs, teams and fans.

Asia currently owns some of the best quality stadiums in the world which are most of the time full of football fans to cheer on their favorite teams. 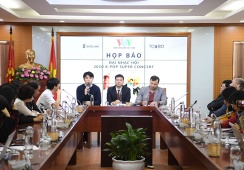