The Hanoitimes - Vietnam will have a smartphone universalization program with a view to achieving smartphone penetration of 100% through selling smartphones for just US$45-50.

A number of phone producers, mobile carriers, and application providers in Vietnam have confirmed that they have been able to participate in an affordable smartphone universalization program with a view to achieving a smartphone penetration rate of 100%, Tuoi Tre Online reported.

Earlier, Minister of Information and Communications Nguyen Manh Hung said at a meeting that his ministry would encourage the production of low-cost smartphones to make them affordable to every citizen and facilitate the deployment of e-government.

Vietnam aims to reach that penetration rate by selling smartphones for only US$45-50. Smartphones will be made affordable thanks to a subsidy of US$10 each paid by telecom carriers and US$1 for each application covered by developers. Each phone will have 10 basic apps.

These, together with the manufacturer’s subsidies, will reduce the price of a Vietnamese smartphone to about US$20. The deployment of e-government would be smoother when smartphone penetration reaches 100%, according to Minister Hung.

Tran Huu Quyen, general director of VNPT Technology Company under Vietnam Post and Telecommunication Group, said that in the current list of VNPT Technology-made phones, there are models with prices of only about VND1 million (US$43).

Quyen added that his company can produce 2-3 million smartphones per year, ready to meet the government’s orders.

Vice President of Bkav Technology Group Vu Thanh Thang said his company have mastered core technology and can optimize prices for US$45-50 products provided that there are large orders, the support of the network operators and application developers.

Meanwhile, Deputy General Director of Military Industry and Telecommunications Group (Viettel) Tao Duc Thang said that Viettel could subsidize US$10 per device if the it is included in a plan with millions of subscribers.

This is a good policy, meeting the demand of digital conversion as it encourages customers to switch from feature phones to smartphones to access more digital services, such as digital content services, digital payments, digital government, among others, Thang explained.

He confirmed that his company also benefits from this policy as they are able to switch off the old technology (2G) and attract more customers. 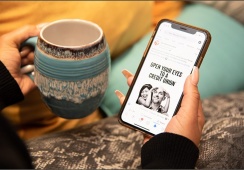 Samsung to produce mass of smartphones in Vietnam