Solar power capacity is increasing thanks to significant changes in feed-in-tariff.

Vietnam’s renewable energy has attracted an increasing number of investors who bet for a higher stake in the market that is one of the world’s most potential destinations for solar and wind power.

The Southeast Asian country, which possesses more than 3,200 kilometers of coastline and high solar radiation, has been on a way to tap potential by preparing both regulatory framework and investment in transmission network.

Given the advantages, Vietnam has issued a number of policies and planning to attract investors and facilitated their investment in the sector that is designed to become a major component in the country’s power mix by 2030 and beyond.

Notably, foreign investors can own up to 100% of the equity in renewable projects that include three types namely floating solar PV, ground-mounted solar PV, and rooftop solar PV.

Accordingly, the authorities have licensed a large number of renewable projects on wind, solar, small hydro, and biomass power. Solar and wind are expected to dominate new investment despite the dominance of small hydro currently.

According to Vietnam Electricity (EVN), as of end-August 2020, total wind and solar capacity added to the plan reached 23 gigawatts (GW), including 11.2GW of solar.

So far, about 102 solar projects capacity more than 6,314 megawatt-peak (MWp) has been connected, including nearly 90 projects capacity 4,000MWp within the second quarter 2020. Reports suggest that as much as 7,000MW (7GW) of new solar capacity has been approved and an additional 13GW awaits approval.

Many projects are behind schedule and have not yet secured financing.

To understand more about the market, it’s better to provide electricity industry structure for investors. EVN is the state-owned electricity utility and the sole buyer of power generated from renewable sources.

The government plans to implement a competitive power market, which is intended to be implemented at the wholesale level by 2021 and at the retail level by 2023.

Meanwhile, consumers are allowed to own and operate power generation facilities for their own use and may sell excess power to EVN.

Sale of power direct to consumers is not currently permitted but the Vietnamese government is planning to pilot a direct power purchase agreement (DPPA) for renewable energy in 2019. The DPPA will allow the sale of electricity from generators direct to consumers. Reports suggest that this might be in the form of a synthetic PPA, with 100% of the power output to be sold through the market.

Before getting involved in the investment in Vietnam’s energy market, project procurement will help investors to address difficulties.

To date, projects have been procured under a feed-in tariff (FiT) scheme. However, based on the prime minister’s Decision No. 39/2018/QD-TTg dated September 10, 2018, the Ministry of Industry and Trade (MOIT) is required to submit a policy introducing an auction process for the selection of new wind power projects and tariffs from November 1, 2021 onwards. This policy has not yet been released.

MOIT has the authority to approve additions to such master plans for any solar power project with capacity of 50MW or less. For projects with capacity of greater than 50MW, MOIT must submit the project to the Prime Minister for approval and inclusion within the applicable plan.

Regarding FiT, there are some applicable incentives including (1) FiT; (2) tax incentives; (3) exemptions from the land use fees as well as land and water surface rents; (4) preferred rate loans from the Vietnam Development Bank (VDB) or the Vietnam Environment Protection Fund (VEPF), or interest support from the VEPF; (5) the VEPF also offers subsidies for renewable electricity generated from solar, wind, geothermal, tidal or methane sources where production costs exceed the sale price.

The current Vietnam Renewable Energy Development Strategy suggests further incentives may be introduced including a Renewable Portfolio Standard (RPS). This is expected to mandate that large power generation and distribution companies must source at least 3% of their energy output from renewable sources by 2020, 10% by 2030 and 20% by 2050.

In terms of tariff, EVN must purchase all power generated by renewable energy projects at the 20-year FiT set by law.

The FiT varies based on the geographic region in which the project is situated with areas of lower irradiation receiving a higher FiT. The Draft Decision also introduces three project types, with the FiT varying based on assumed variable projects costs.

The FiT remains fixed for 20 years and is not indexed for inflation.

The FiT is denominated and paid for in Vietnamese dong but is adjusted for the Vietnamese dong / US dollar exchange rate announced by the State Bank of Vietnam on the invoice date. Availability of US dollars is not guaranteed.

In case of solar power projects, investors are required to maintain an equity ratio of at least 20% of the total investment. The period over which the 20% must be maintained is not clearly specified, but in practice tends to be the duration of the project. This limitation was recently removed for wind projects.

The model solar PPA is expected to be amended and released in 2020.

Parties may agree on limited clarifications to the model PPA but they cannot vary its basic contents, which are mandatory. 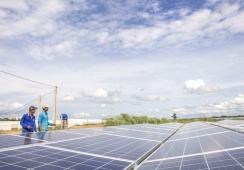 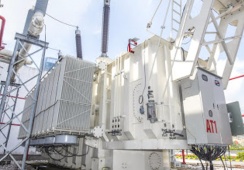 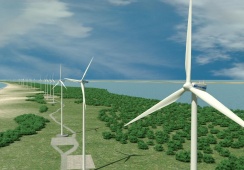