Vietnam’s tax foregone under commitments to free trade agreements (FTAs) hit VND13 trillion (US$536.83 million) in the first 11 months of 2019, according to Le Manh Hung, deputy head of the Import – Export Tax Department of the General Department of Vietnam Customs (GDVC).

The amount of tax forgone under FTA commitments to date is estimated at VND29 trillion (US$1.25 billion), Hung said at a press conference held by the Ministry of Finance (MoF) on December 12.

Nevertheless, customs revenue is increasing over the years and is estimated at VND320 trillion (US$13.87 billion) in the January – November period as some goods are subject to three to four taxes.

For example, import duty of petroleum products has lowered significantly, but the products bear the environmental protection tax of VND3,000 (US$0.13) per liter, 10% added value tax and 10% excise tax.

Hung also attributed a surge in car imports to high customs revenue, particularly for under-nine seats cars. Between January and November, Vietnam imported 110,000 cars, nearly doubling the amount recorded in the same period last year. Of the total, 90% were from Thailand and Indonesia.

Deputy Head of the International Cooperation Department under the Ministry of Finance Ha Duy Tung said to date, Vietnam has been a party to a total of 20 FTAs.

Tran Thi Huyen from the International Cooperation Department said in 2019, Vietnam has signed four trade agreements which are the EU – Vietnam FTA (EVFTA), the ASEAN – Hong Kong FTA (AHKFTA), the Vietnam – Cuba trade agreement, and an agreement to facilitate bilateral trade between Vietnam and Cambodia.

For the EVFTA, which is expected to take effect in the first half of 2020, Vietnam is committed to cutting import tariffs for 48.5% of all tax duties right after the deal becomes effective, or 64.5% of Vietnam’s imports from EU, and 99% of all tax rates or 99.8% of import turnover from the EU after 10 years. 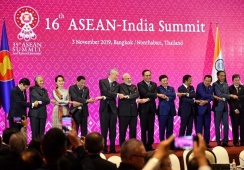 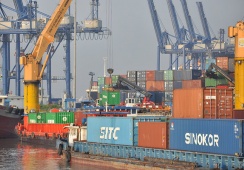 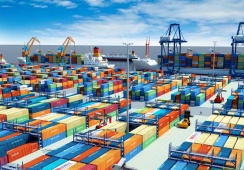