The Hanoitimes - Vietnam – South Korea relations are growing strongly in all spheres, which have brought mutual benefits and trust to all parties involved, stated a Vietnamese senior official.

While 28 years are not a long period of time, the bilateral relations have taken long strides and are now at its peak.

“Vietnam – South Korea relations are growing strongly in all spheres, which have brought mutual benefit and trust to all parties involved and resulted in a comprehensive strategic partnership,” stated Vice Minister of Planning and Investment Tran Quoc Phuong.

As of October, South Korea is Vietnam’s largest investor with 8,900 ongoing investment projects in the country worth a combined US$70.4 billion.

Moreover, South Korean companies continue to be a major part of Vietnam’s economy and contribute 30% of total exports in the first nine months of 2020. Meanwhile, Vietnam currently has 49 investment projects in South Korea with a modest capital of US$35.24 million, in which the majority are in fields of science, technology, mining, manufacturing and processing.

Vietnam is also a priority partner of South Korea and makes up 20% of the latter’s ODA support globally. In recent years, aids from South Korea for Vietnam total over US$300 million annually, in which 90% are ODA loans and 10% in forms of non-refundable aid.

Key fields in Vietnam – South Korea cooperation are transport and urban infrastructure; healthcare; education; green energy and IT, among others.

During the 2016 – 2020 period, major principles for Vietnam – South Korea cooperation are stipulated in the latter’s Country Partnership Strategy (CPS), with a focus on enhancing state governance capability, education, water, healthcare and transportation.

As the two countries are maintaining close relations in industry – energy, infrastructure, agriculture, justice, finance – banking, among others, both are set to continue boosting cooperation further, noted Mr. Lee.

Mr. Lee expected the Vietnamese government to continue supporting South Korean investors to expand or invest in the country as the world’s economy is struggling against the Covid-19 pandemic. 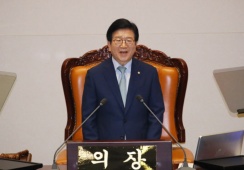 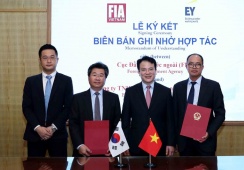 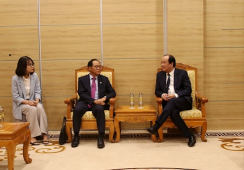 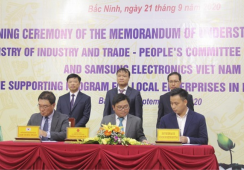