The Hanoitimes - With timely and well-targeted programs, policy makers can prevent the health crisis from deepening into a wider economic and financial crisis. This could sow the seeds of economic recovery.

As the Covid-19 pandemic ravages societies and economies in Asia and around the world, governments in Asia – among the first to be affected but also to swiftly adopt containment, relief and recovery measures - are pointing towards a clear and practical way forward.

These include large increases in health spending and strengthening social safety net programs, particularly for the unemployed, the poor and other vulnerable groups. Lessons from this initial experience may provide useful guidance to policy makers in other emerging economies.

Governments are also targeting relief measures for businesses, specifically micro, small and medium-size enterprises, to avoid large waves of lay-offs, fragmentation of economic activity and a deeper recession. Financial and liquidity support from the central bank to the economy and through banks to these companies is also being undertaken.

The objective of these emergency measures is to stop the pandemic from triggering a devastating economic and possibly financial crisis. This will be a major challenge. The International Monetary Fund anticipates the worst economic fallout since the Great Depression, with over 170 countries expected to experience negative per capita income growth in 2020.

The key to avoiding this scenario will be large upfront fiscal stimulus to ensure timely, temporary (three to six months) and well-targeted relief measures to contain the large declines of consumption and investment spending.

Preventing waves of unemployment and underemployment, business bankruptcies and an increase in poverty is not only crucial but makes good economic sense. Indeed, large upfront fiscal stimulus could prevent recession from spiraling into a widespread economic depression.

There are many different features that distinguish this crisis from the rest. One important feature entering this crisis is that with some regional exceptions, economies in Asia are healthier, stronger and largely free of distortions and imbalances—in contrast to the 1997 Asian Financial Crisis.  These economies are not “broken” so a quicker resolution to the crisis cannot be ruled out.

Asian economies have been at the forefront of emergency policy response. Here are some of the common features observed across East and Southeast Asian economic relief and recovery packages as of mid-April.

1. Size and Timeliness – The size of the announced fiscal stimulus packages has varied from approximately 2.5% of gross domestic product (GDP) in the People’s Republic of China and 3.2% in Indonesia to 6.3% in the Philippines, 12.2% in Singapore, 13% in Thailand, and 15.5% in Malaysia.  Most countries announced relief measures within 1-2 weeks of confirmed first signs of increased infections and deaths, and initial packages were followed by subsequent larger ones as the economic realities surfaced. For example, from mid-to-late February, the governments of Indonesia, Malaysia, Singapore and Thailand announced initial packages. Most of these countries are now on their third packages with each subsequent package increasing in size and coming approximately one month apart.

2. Target – The packages have targeted those sectors of the economy hardest hit by the crisis (first-round effects). These include the health sector, tourism and transport (mostly aviation), and increasingly the retail sectors, restaurants, and hospitality. To buffer the supply side of the economy, packages have targeted improved cash flow for businesses to address second-round effects mainly from lock down and confinement. These include corporate income tax cuts in Thailand, sovereign-backed bank guarantees for extending loans for working capital to small businesses in Malaysia and elsewhere, and wage subsidies in Singapore. Thailand has also implemented a temporary reduction in social security contributions by employers and employees, and most other Asian economies have announced various tax benefits.

Helping small and medium-sized enterprises to keep operating, even at some cost to the treasury, may spur economic recovery.  It will keep people employed and hence reduce the size of the safety net coverage that governments will have to finance. It may also lead to an eventual faster economic recovery as it reduces the potential for hysteresis and more permanent effects from closure of businesses on the economy.

3. Social Safety Next Provisions – In addition to relief for the unemployed and underemployed, cash and food support is being extended to the poor and vulnerable. Viet Nam, for example has announced direct income support to 980,000 poor households and 1,260,000 near poor households for the equivalent of $42 per month through April to June. In Indonesia, the size of the food assistance programs have increased significantly.

4. Legal and Tax Considerations – The packages have mostly been introduced with full legislative backing through laws, amendments and other legal provisions to ensure strong government ownership, transparency and accountability. Tax measures have been a common feature, largely reflecting a temporary reduction in tax rates, temporary deferrals of tax payments, and swifter claim processing. Indonesia has lowered income tax and suspended import tax.

5. Financing and other Important Considerations – Fiscal packages are often complemented by easing of monetary stances including reductions in policy rates and central bank liquidity support facilities through central bank purchase programs of government securities.  Central banks will want to ensure credit is provided to businesses quickly to mitigate liquidity problems and avoid an insolvency crisis. Some countries with legal fiscal breaks have sought temporary opt-out clauses, such as Indonesia where the fiscal deficit limit is legally set at 3% of GDP. In some cases, such as Mongolia, countries have decided to tap into the Government Reserve Fund. Most countries will allow for a progressive yet moderate build-up of public debt. This is possible for many Asian economies, such as Indonesia and the Philippines, as their past economic growth has allowed them to reduce their public debt and shoulder additional temporary debt build-up to finance fiscal stimulus.

The region’s relief and recovery packages are characterized by measures to quickly expand health sector expenditures alongside safety net provisions to support household income and improve cash flow for businesses. With swift, temporary, timely and well-targeted interventions, policy makers can prevent the health crisis from deepening into a wider economic and financial crisis, and sow the seeds of economic recovery. 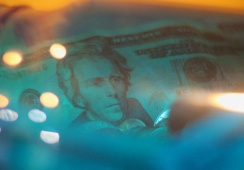 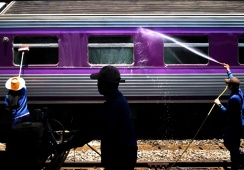 Asia and the Pacific can overcome Covid-19 by working together