The Hanoitimes - Despite joining the bloc relatively late, Vietnam seems taking a proactive approach in ASEAN.

Vietnam’s Ambassador Tran Duc Binh took office as Deputy Secretary-General of ASEAN for Community and Corporate Affairs in mid-February, becoming the 3rd Vietnamese to have taken executive jobs at the 10-member bloc.

Binh was selected among nearly 20 candidates from 10 member states after four rounds of voting to serve a three-year term from February 2021 to February 2024.

He will support the Secretary-General (SG) of ASEAN in providing strategic direction and guidance on research, corporate and public affairs as well as outreach activities.

As an experienced diplomat, Deputy Secretary-General (DSG) Binh served numerous appointments at the Vietnam Ministry of Foreign Affairs. Prior to assuming this post, he was based in Jakarta, Indonesia, as Ambassador and Permanent Representative of Vietnam to ASEAN between 2018 and 2021.

Binh obtained his MA in International Affairs from Carleton University in Ottawa, Canada and a BA in English Linguistics from Hanoi University of Foreign Studies, Vietnam.

Ambassador Binh is the third Vietnamese in a row to have been given high ranking positions at ASEAN, after Amb Le Luong Minh (SG) in 2013-18 term and Amb Hoang Anh Tuan (DSG) in 2018-21.

As stated in the ASEAN Charter, the Secretary-General of ASEAN shall be assisted by four Deputy Secretaries-General of different nationalities.

Two DSGs are nominated by the ASEAN member states on a rotational basis for a non-renewable term of three years while two DSGs are openly-recruited based on merit for a three-year term which may be renewed for another three years.

According to Carl Thayer, Emeritus Professor at the University of New South Wales, Canberra, Vietnam’s leadership role in developing a regional response to the coronavirus pandemic increased its prestige regionally and internationally, especially among its dialogue partners.

Also in 2020, Vietnam became a non-permanent member of the United Nations Security Council for the second time. This reflects the unanimous support by the Asian bloc at the UN and a commanding majority of support by members of the UN General Assembly, the famous professor noted.

He pointed out specifically that as ASEAN Chair, Vietnam proactively demonstrated exceptional leadership in four areas. First, Vietnam unified ASEAN member states around a regional response to the Covid-19 pandemic and recovery. Second, Vietnam forged consensus on neutrality and centrality of ASEAN members amidst great power rivalry. On the 53rd anniversary of ASEAN its foreign ministers issued a Statement on the Importance of Maintaining Peace and Stability in Southeast Asia. Third, Vietnam successfully managed the completion of negotiations on the Regional Comprehensive Economic Partnership. Fourth, Vietnam strengthened ASEAN’s declaratory policy on the South China Sea [called East Sea by Vietnam] by re-emphasizing the importance of international law including the UN Convention on the Law of the Sea (UNCLOS).

As a non-permanent member of the UN Security Council, Vietnam strongly supported three building-blocks of global security: a commitment to multilateralism centered on the United Nations; an enhanced role for regional organizations, such as ASEAN, and expanded collaboration by ASEAN with the UN and the Security Council; and adherence by all states to the fundamental principles of international law and the UN Charter. 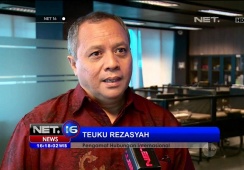 Vietnam to champion ‘cohesive’ ASEAN in 2020 amid more assertive China