The exhibition aims to celebrate Vietnam War Invalids and Martyrs' Day on July 27.

A thematic exhibition entitled “July’s  Low-End Sound” will run until the end of July at Hoa Lo Prison relic.

According to the organizer, the exhibition tells many touching stories about the revolutionary life of Vietnamese patriots who were incarcerated and died in Hoa Lo Prison, which was built by French colonialists in 1886 and considered one of the three most savage prisons in Việt Nam, along with Con Dao and Son La prisons.

The exhibition consists of three parts: The Desire to Save the Country, Under the Red Flag, and Forever Engraved.

The Desire to Save the Country tells the stories of the great examples of patriotic figures who were jailed in Hoa Lo in the early 20th century, including Nguyen Khac Can (1817- 1868), Pham Van Trang (1885 - 1913), among others.

The display gives an account of a poignant story about the deaths of 13 important Vietnamese nationalists who were captured and executed by the French colonial authorities after the failure of the Yen Bai Mutiny in 1930, including Nguyen Thai Hoc (1902 – 1930), Pho Duc Chinh (1907 - 1930), among others.

Hoc was the leader of the Vietnamese Nationalist Party, which was established on December 25, 1927, and sought independence from French colonial rule for Vietnam in the early 20th century.

Meanwhile, the Forever Engraved display aims to educate the young generation of Vietnam about the sacrifices of their ancestors for the country’s independence, freedom, and peace.

The thematic exhibition is open to the public in the courtyard of the Hoa Lo Prison relic site. 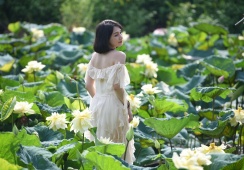 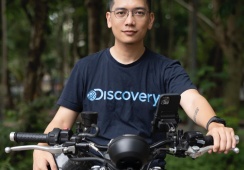 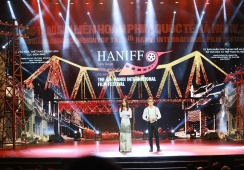