According to Spanish law, the investigations and trials of sexual assault cases can take years depending on the complexity.

Vietnam has asked Spain to support visa procedures for two Vietnamese citizens who are involved in a sexual assault case that took place on Majorca Island last month.

“The Vietnamese Embassy in Spain has contacted the country’s foreign residency agency to offer support to two citizens,” Deputy Spokesperson of Vietnam’s Ministry of Foreign Affairs Pham Thu Hang said at a press conference today [July 21] in response to a question on the situation of the men who were accused of “sexual assaults” by local authorities.

Hang said Spanish authorities are investigating the case. The investigations can be lengthy as the judge and prosecutor in charge need to collect evidence and testimonies to decide whether to bring the case to court.

According to guidelines posted on the website of the UK Foreign, Commonwealth & Development Office, the investigations and trials of sexual assault cases in Spain can take years, depending on the complexity.

The Vietnamese embassy in Spain is working with local authorities and Vietnamese citizens to take citizen protection measures in accordance with the laws of Vietnam and the host country, Hang added.

Mallorca Daily Bulletin reported that two Vietnamese citizens were arrested by the Guardia Civil on Saturday [June 25], for being accused of having raped a 17-year-old British girl.

The two, “an actor and a musician aged 37 and 42”, appeared in court on June 28. They were released on charges, but their passports were withdrawn. 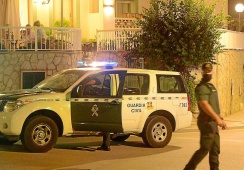 Investigations under way in Vietnamese-related sexual assault case in Spain