A number of ambassadors have celebrated Hari Raya Aidilfitri which is the Festival of the Breaking of the Fast, a canonical festival of Islam, in Hanoi on Saturday.

Hosted by Ambassador of Malaysia to Vietnam, Dato’ Shariffah Norhana Syed Mustaffa, at the ambassador’s residence in Tay Ho district, Hanoi, the “Open House” marked the attendance of ambassadors from all 10 ASEAN countries and other nations including Canada, Denmark, New Zealand, Uruguay, Cuba, Palestine, India, Sri Lanka, and Bangladesh.

The event was also attended by members of the Malaysian diaspora residing in Vietnam, according to the Embassy of Malaysia in Vietnam.

The Hari Raya Open House is an annual event hosted by the Malaysian ambassador.

In the past, the event was held in a larger scale. In 2020, however, amid concerns over the Covid-19 pandemic, the number of guests was reduced, and all guests were required to pass a health-screening prior to attending the event.

The Hari Raya Aidilfitri marks the end of the month of Ramadan and the beginning of the month of Syawal in the Islamic Calendar. During the month of Syawal, Muslims in Malaysia would open the doors to their homes to welcome family members, loved ones, friends and visitors, bringing together all people irrespective of race, culture and religion to celebrate.

The “open house” concept is prevalent in Malaysian culture, especially, during major festivals and celebrations observed by other major ethnicities in Malaysia such as Chinese New Year, Deepavali and Christmas.

During Ramadhan, all Muslims must fast – without food and water – during daylight hours, usually for 29 or 30 days, and abstain from all worldly indulgences and vices. Because the Islamic Calendar uses the lunar cycle to determine important days, Ramadhan and Syawal occur in different months in the Gregorian calendar each year.

While observing the fast, indulgence of any sort, like food, drink, or sexual activities, is forbidden. However, the sick and infirmed, and pregnant women, may be excused from fasting. Notwithstanding, they will need to ‘replace’ the days of fasting they have missed before Ramadan takes place in the following year.

The Muslim community in Malaysia is roughly 16.3 million or 61.3% of the country’s total population.

The Asia-Pacific region is expected to remain the home of a majority of the world’s Muslims. 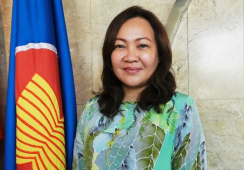 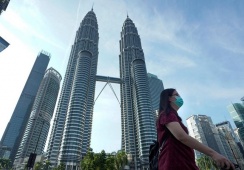 Breaking the chain of infections: Malaysia’s strategy against Covid-19