Capital and expertise of foreign investors can help speed up the banks’ restructuring process.

Capital and expertise of foreign investors can help speed up the banks’ restructuring process but their plans may face challenges.

Currently, many Vietnamese banks have sold equity to foreign investors but many still have foreign room (foreign ownership rate).

Asia Commercial Bank (ACB) has run out of foreign room of about 30%. Vietnam International Bank (VIB) has capped its foreign ownership at only 20.5% after its foreign strategic shareholder Commonwealth Bank holds a 20% stake.

Techcombank sold its foreign room to Warburg Pincus while Military Bank (MB) raised its foreign ownership rate from 20.9% to nearly 23% in March 2020.

This year, Orient Commercial Bank (OCB) sold 15 per cent of its equity to Japanese partner Aozora Bank. Meanwhile, HDBank decided to reduce its foreign holding from 30% to 21.5% to facilitate its plan of selecting a strategic partner. Previously, in early May 2020, VPBank's shareholders approved a plan to reduce its foreign holding to 15% from 22.77%.

According to State Bank of Vietnam's statistics, the capital adequacy ratio (CAR) of commercial banks is currently around 9-10%. There are still half of banks failing to meet Basel II standards. The pressure of the Covid-19 on banks is getting stronger, especially increasing capital to ensure safety operation amid fears of rising bad debts.

In that context, many banks are planning to "clear the way" for foreign investment. However, the State Securities Commission (SSC)’s new proposal to abolish a regulation permitting public companies to decide the maximum foreign ownership rate in their company charters may impede their plans.

The SSC’s proposal is included in a draft decree guiding the 2019 Securities Law which will come into force next year. Many worry if this proposal is endorsed, some specific industries such as banking will find it difficult to seek strategic shareholders.

According to the Saigon Securities Inc’s report, only five listed banks succeeded in raising charter capital in 2019. In particular, Vietcombank, VietinBank and BIDV sold shares to foreign investors at good prices, even higher than the market price.

If without self-determination on foreign room, negotiation with foreign partners will be very difficult, especially for small and medium banks that are in need of foreign investors’ support in technology, management and development strategy.

The deprivation of the right of enterprises to determine foreign ownership cap can facilitate short-term trading of small foreign investors, increasing market liquidity, according to a bank’s leader. However, if this room is secured for strategic partners, both banks and shareholders can benefit as long-term investment of big international financial institutions will help banks improve governance, technology, products and customer services.

However, according to the SSC, empowering companies to decide the foreign room can lead to frequent changes in this ratio, affecting the transparency of the market.

Looking on positive side, General Director of SJC Securities Co Huynh Anh Tuan said unlocking the foreign room will help diversify investors and increase liquidity for the market. As for the banking sector, Mr. Tuan said some countries have certain protection policy and foreign investment in this field is carefully selected.

In some industries, foreign investors, through their subsidiaries in different countries, hold a higher-than-permitted dominant ownership rate in domestic enterprise, spoiling the whole industry. If this happens in a sensitive industry like banking, it will affect financial stability of the whole economy. 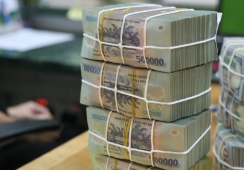