The Hanoitimes - The total number of newly-registered and reinstated enterprises in the eleven-month period reached 165,100, up 0.9% year-on-year, averaging 15,000 per month.

Vietnam’s successful realization of the dual target in containing the Covid-19 pandemic and boosting economic recovery has led to further increase in new business formation by 7.3% month-on-month in November and 6.7% year-on-year to 13,100, according to the General Statistics Office.

Taking into account VND3,086.9 trillion (US$133.83 billion) of additional capital pumped by active enterprises, total registered capital injected into the economy in the January-November period was VND4,965.8 trillion (US$215.28 billion), up 35.1% year-on-year.

The government-run office informed that 40,800 enterprises resumed operations in the period, an increase of 10.7% inter-annually, bringing the total number of newly-registered and reinstated enterprises in the eleven-month period to 165,100, up 0.9%.

The GSO added that the number of laborers of newly-established enterprises between January and November was 970,000, down 14.7% against the same period last year.

During this period, the number of enterprises temporarily ceasing operations surged 59.7% year-on-year to 44,400.

Moreover, the number of enterprises which completed procedures for bankruptcy rose 3.1% to 15,400.

This year, Vietnam targets to create 138,000 new enterprises, around the same number in 2019, which is considered a major achievement, given the severe impacts of the Covid-19 pandemic to both the global and domestic economies.

Since the outbreak of the Covid-19 pandemic, the Vietnamese government has been implementing a wide range of support for the business community, with the latest move being a cut of 30% in the corporate income tax for enterprises having their revenue of less than VND200 billion (US$8.61 million) in 2020.

Additionally, other supporting programs consist of a credit aid package worth VND300 trillion (US$12.87 billion), including a VND180-trillion (US$7.63 billion) fiscal stimulus package in forms of delay of payment of value-added tax, corporate income tax, and a financial support package for vulnerable people worth VND62 trillion (US$2.7 billion). 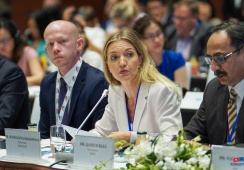 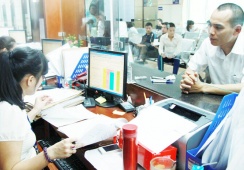