The Hanoitimes - Dramatic drops in arrivals were seen in major markets such as China, South Korea, Japan, Taiwan (China), Europe and the US.

Vietnam welcomed nearly 3.8 million international visitors in the first eight months of 2020, a drop of 66.6% over the same period last year, as the country keeps its borders closed to foreigners to contain Covid-19, according to the latest report from the General Statistics Office.

The central government has only authorized some repatriation flights to bring Vietnamese citizens home. Foreigners such as expats, diplomats, business executives and highly-skilled laborers are allowed to enter in some exceptional cases.

In the first eight months of this year, Asian visitors still accounted for the majority of total tourist inflows, with nearly 2.76 million, down 68.8% over the same period last year.

In mid-August, the Vietnam Aviation Business Association (VABA) petitioned the government to reopen international routes to countries deemed to be safe from Covid-19.

The Civil Aviation Authority of Vietnam (CAAV) has discussed with the authorities of some countries which are considered to be safe on screening measures. Some countries have agreed to open air routes to Vietnam, provided that screening measures are taken. Therefore, the resumption of international air travel depends on the intake capacity of quarantine facilities as well as that of the health sector in the country.

The National Steering Committee for Covid-19 Prevention and Control will decide when to reopen international routes and issue regulations such as quarantine fee collection and pandemic control protocols. 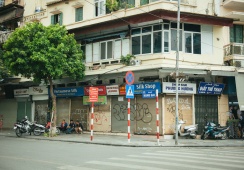 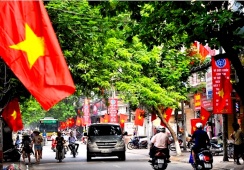 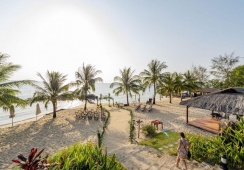