The Hanoitimes - Living “a life like Vietnamese people today is the dream of those from many countries,” according to a government official.

Vietnam has managed to contain the novel coronavirus pandemic at a low cost thanks to early action to fight it, VnExpress quoted Deputy Prime Minister Vu Duc Dam as saying at a National Assembly meeting in Hanoi on June 13.

Living “a life like Vietnamese people today is the dream of those from many countries,” Dam said, adding that while the number of infections and deaths from Covid-19 keeps increasing globally, Vietnam has gone 58 days in a row without new infection in the community.

"We have enjoyed this success because since the end of 2019, when the virus was not given even an official name, the Vietnamese government had consulted international organizations to map out a basic anti-epidemic plan in accordance with the principles and experience against infectious diseases,” said the Deputy PM.

He noted that Vietnam had taken a host of solutions which were earlier and stricter than recommendations of the World Health Organization (WHO). When the WHO initially warned of limited virus transmission, Vietnam considered it a highly infectious disease. Vietnam was also the first country to make health declarations compulsory for all people on entry.

“Many people doubted when the government introduced anti-epidemic measures, but these measures later proved to be timely, decisive and highly effective," Dam stressed.

He attributed the initial success to the clear, firm and effective leadership of the Party and the State, as well as the participation of the entire political system, doctors, soldiers, police, other forces, and particularly the support of its people.

The Deputy PM also informed the National Assembly that all foreigners infected with the virus in Vietnam have been treated and most of them have fully recovered and exited hospital. The last foreign patient, the critically-ill British citizen, is recovering well after many days in coma thanks to concerted efforts by Vietnamese doctors.

“We are very fortunate that we did not have massive infections that would force us to choose who to save. But if we had faced such a situation, we would not have abandoned foreigners for only taking care of the Vietnamese," Dam said.

He also warned Vietnam still faces many great risks as the novel coronavirus pandemic's evolution remains complicated in the world. However, Vietnam does not choose to close its doors, but strive to realize the dual goal of epidemic prevention and economic recovery at the same time, the deputy PM confirmed.

As of June 14, Vietnam has recorded 334 cases and zero deaths. Of the patients, 323 have recovered and been discharged from hospital. 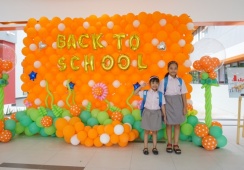